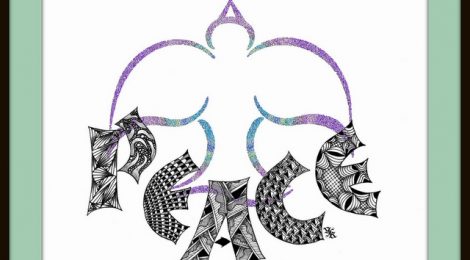 I did manage to make my plenary indulgence last Friday.  Following that, I have experienced a level of peace and joy that I haven’t in a long while.  Even through a busy weekend, which harbored too much traveling and a few mishaps and minor disasters, I felt an unusual calm.  And I let it get spoilt on Monday.

Here’s how it happened.  I’ve been wanting a Kindle for a year or so, and my sweet husband bought me one for Valentine’s Day.  I took it with me in the diaper bag on Saturday, and last saw it when we were over visiting friends for dinner.  Sunday, I was too busy with birthday preparations for our oldest, who is now 15, to worry about it too much until evening.  Youth group at the Shrine is on Sunday evenings, and we travel with the same friends we were with on Saturday, so I inquired if anyone had seen my Kindle.  It hadn’t turned up.  Interestingly, the theme for the evening was detachment.

I came home, emptied the diaper bag completely and confirmed it wasn’t in there.  Most of the kids were in bed by that point, so I waited until morning and asked if anyone had seen it.  I appealed to St. Anthony, patron of finding lost objects.  Our three year old daughter slept late, and she tends to be one who likes to “misplace” other people’s belongings, so I quizzed her when she got up if she had moved it anywhere.  Dead ends at every turn.  We looked hard, and it was apparent that it was not at home.

And that’s when I let a feeling of despair take over me.  It really was an out of proportion feeling to what was actually happening.  I knew in my head that we would find it, that our friends had probably overlooked it, and that it would turn out all right.  But emotionally I was upset that I had lost it, and was even afraid that one of the young children had gotten hold of it and broken it.  Not only do I not have the funds to replace it, but I have uploaded things and personalized things that would take me many hours to replace.  As the feeling of loss settled over me, I let it steal my joy and peace.  I even had the very thought that I should not be letting it steal my joy and peace, but on my own, I was powerless to stop it.

In that moment, I should have prayed.  The peace and joy that I had been experiencing were supernatural, not because I had willed them there, but because I was seeking God.  Neither could I bring them back by willing them, but also by turning my troubles over to God.  Under the power of despair, I vented my anxiety by shouting at my 12 year old and 3 year old daughters.

I’m ashamed to say that the “Aha” moment was not fully realized until after our 15 year old son arrived home and I asked him to call his friend and ask her to search around for it.  Her brother found it moments later, in the back of their vehicle.  And when it was found, I was happy, but not joyful and not peaceful.  I realized that I was succumbing to a real attack, and it was not just worry over a lost object.  I had allowed my attachment to this object to be an avenue for the enemy to steal my joy.  We had just begun our prayer time, and in between the Mass readings I was reading aloud, I stopped everything for all of us to pray the St. Michael prayer.  In that moment, everything relaxed and I felt uplifted again.

The children, of course, asked why we stopped to pray to St. Michael, so I had a chance to explain what had happened.  And apologize to the children I had wronged by yelling.  A lesson has been learned, and hopefully I will remember to turn to heaven instead of relying on myself in these moments.