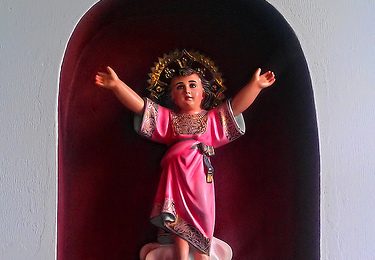 Our financial situation has been weighing on me for the last few months.  We are far from in our worst straits.  We have come quite a long way, in fact.  We had had quite a lot of accumulated consumer debt, and have managed to pay off all except for a student loan and the mortgage on the house.  I discovered while in the process that the way I had implemented our debt repayment plan was nearly identical to the Dave Ramsey method, so now we are following his plan including the $1000 initial emergency fund.  Now that the consumer debt was gone, we were ramping up to complete a full 3-6 month’s income emergency plan.

But last December, we had to replace a car quite a few months before we had planned.  And then we bought our family bus within the budget we had established, but upon inspection had some mechanical work that ate up almost all of our initial emergency fund.  I don’t like feeling like I’m walking on the brink of disaster.  My husband also has a variable income.  It’s been barely covering our day to day needs, with not nearly the amount needed to make progress on filling the first $1000, much less the full fund several times that.  So a couple weeks ago, I took it to the Lord, and I have been praying especially to the Infant Jesus of Prague (not any specific prayer, just pouring out my heart to him in my own paltry words).

I’ve had occasion to entreat the Infant Jesus a few times in the past, and always our needs have been met.  This time, specifically, I asked for our physical needs to be met, especially in clothing our children.  Our boys have torn holes in most of their school pants.  It’s time to go shopping, but the clothing fund is dry.  I also lifted up a fledgling joint ministry we have been pursuing, but which needed additional technology none of us could afford.  Two days after our prayer, the other family that we are partnering with received a financial gift in the exact amount needed for the technology and to pay off some bills they had.  Last week, we received a gift from Brian’s grandmother who recently passed, which is just enough to completely fill our 3-6 month’s income emergency fund!  Today, I have had one family drop off clothing for our twin girls, another family drop off jackets for my boys, and family members call to get the sizing information for clothes for our boys.  And since we now don’t need to set aside quite as much of my husband’s paycheck towards the emergency fund, we’ll be able to funnel more of that into the clothing fund and saving for some other household needs and desires.

I am just so awed by these answers in prayer, equally with the donations of clothing as with the money, that I had to share with my readers!

Phillipians 4  [6] Be nothing solicitous; but in every thing, by prayer and supplication, with thanksgiving, let your petitions be made known to God. [7] And the peace of God, which surpasseth all understanding, keep your hearts and minds in Christ Jesus. [8] For the rest, brethren, whatsoever things are true, whatsoever modest, whatsoever just, whatsoever holy, whatsoever lovely, whatsoever of good fame, if there be any virtue, if any praise of discipline, think on these things. [9] The things which you have both learned, and received, and heard, and seen in me, these do ye, and the God of peace shall be with you. [10] Now I rejoice in the Lord exceedingly, that now at length your thought for me hath flourished again, as you did also think; but you were busied.

[8] Whatsoever things are true: Here the apostle enumerates general precepts of morality, which they ought to practise, in words, in promises, in lawful oaths, etc., he commands rectitude of mind, and sincerity of heart.

[8] Whatsoever modest: by these words he prescribes gravity in manners, modesty in dress, and decency in conversation. Whatsoever just– That is, in dealing with others, in buying or selling, in trade or business, to be fair and honest.

[8] Whatsoever holy: by these words may be understood, that those who are in a religious state professed, or in holy orders, should lead a life of sanctity and chastity, according to the vows they make; but these words being also applied to those in the world, indicate the virtuous life they are bound by the divine commandments to follow.

[8] Whatsoever lovely: that is, to practise those good offices in society, that procure us the esteem and good will of our neighbours. Whatsoever of good fame– That is, that by our conduct and behaviour we should edify our neighbours, and give them good example by our actions. If there be any virtue, if any praise of discipline– that those in error, by seeing the morality and good discipline of the true religion, may be converted. And finally, the apostle commands, not only the Philippians, but all Christians, to think on these things– that is, to make it their study and concern that the peace of God might be with them.

[11] I speak not as it were for want. For I have learned, in whatsoever state I am, to be content therewith. [12] I know both how to be brought low, and I know how to abound: (everywhere, and in all things I am instructed) both to be full, and to be hungry; both to abound, and to suffer need. [13] I can do all these things in him who strengtheneth me. [14] Nevertheless you have done well in communicating to my tribulation. [15] And you also know, O Philippians, that in the beginning of the gospel, when I departed from Macedonia, no church communicated with me as concerning giving and receiving, but you only:

[16] For unto Thessalonica also you sent once and again for my use. [17] Not that I seek the gift, but I seek the fruit that may abound to your account. [18] But I have all, and abound: I am filled, having received from Epaphroditus the things you sent, an odour of sweetness, an acceptable sacrifice, pleasing to God. [19] And may my God supply all your want, according to his riches in glory in Christ Jesus. [20] Now to God and our Father be glory world without end. Amen.