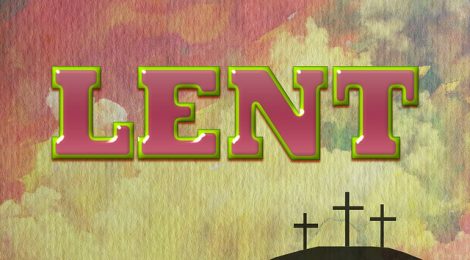 I know it is Easter, but I have a few last words for the Lent that is past.

I’ve been Catholic for 8 years this coming Eastertide.  It has taken me exactly that long to “get” Lent.  In some ways, Lent is completely foreign to my previous experience of Christianity.  I grew up in American Evangelicalism, which though not proclaiming the prosperity gospel exactly, certainly encouraged the faithful that God wanted us to live abundantly.  So what’s with all this ashes and suffering?

Frankly, I never thought the Evangelical approach jived too well with the whole of Scripture and the experiences of God’s chosen in particular.  They were more likely to suffer and become victims of their cultures than anyone, and why would we expect different today?  So I encountered Lent with gusto.  And that’s where everything went all pear-shaped, as our friend’s across the pond so aptly phrase it.

If I am going to do anything, I am going to give it my all.  One year we even had a chart with a slot for each family member for prayers, devotions, Lenten sacrifice, and service.  Yeah, that went well.  When practices seemed unable to bear fruit they became easier to “forget” and as I fell further behind my goals, the chart just stared at me accusingly from the refrigerator.

The greatest blessing came to us last spring.  We had twins.  I don’t even remember last Lent.  I’m pretty sure we involuntarily gave up sleep.  Actually, that didn’t stop after Lent.  We’re still hovering somewhere on the brink of functioning and insanity.  Maybe I shouldn’t speak for my husband, but we’re struggling.  Last fall, I involuntarily gave up a large percentage of my diet.  As Lent arrived, I pushed away any thought of giving up anything further.  What’s left to give up when you can’t eat chocolate or anything else with sugar, wheat, dairy, or corn.  Surely God will let me sit this one out, right?

A couple days into Lent, I figured I could give up my morning radio news.  The display on our new-to-us bus’s radio is busted to the point of making tuning stations extremely difficult.  My husband had found the Relevant Radio station, and I just left it there.  First thing in the morning, I’d start my day with the Rosary.  Mid-afternoon, I’d pray the Divine Mercy chaplet along with the radio hosts.  For my Lenten discipline, I approached my daily tasks as a sacrifice and offering to God.  And I decided that that was enough.  No more chasing down new devotions to start, no attempts to read through the Catechism or some other devotional tome.  I didn’t have the energy, or the time, what with cooking everything from scratch and cleaning up after my efforts.

Something unexpected happened.  As I put in less effort, I left room for the Holy Spirit.  All my previous efforts were just getting in my own way.  I hadn’t been trying to save myself, but I was trying to make something happen on my own terms.  This Lent, I probably hadn’t planned anything less.  Especially as I started to focus on my attitude toward my own vocation, as I brought my interior self into line with God’s will for my life, I found Him!  Sitting there waiting for me all along!  Fancy that!