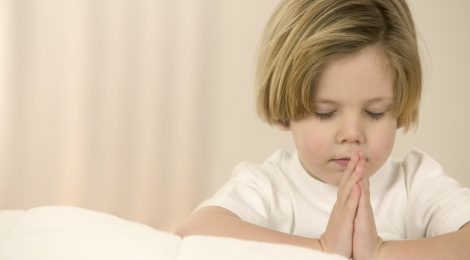 In the Breaking of the Bread, part 1

How Sola Scriptura led me to Rome.

Eight years ago, I was received into the Catholic Church, and the Easter Season seems like the perfect time to tell the tale.  I was raised in a protestant family, mostly of the Baptist persuasion.  I prayed the “sinner’s prayer” with my mom at the ripe old age of three years old.  I do remember doing it, so there must have been an active cooperation of the will, but I never had one of those exciting testimonies of the Grace of God rescuing me from the depths of sin.  All my worst sins were committed after.  I was baptized at age 11.  On my mother’s side, I come from a family of missionaries.  My grandparents translated the Bible into a previously unwritten language of tribal peoples in Mexico.  My uncle spent years in Cameroon, Africa, and now works within the same organization from here in the States.  I was well formed in my faith through Christian schooling and attended a well known Christian college.

Somewhere along the way, I began to notice that my own reading and understanding of Scripture didn’t mesh so well with the Baptist churches I was used to attending.  But it was easier to remain where I was, and besides I didn’t know anyone who agreed 100% with everything their place of worship taught, anyway.  And then we moved and it wasn’t so easy anymore.

In 1999, we discovered our young daughter had lead poisoning from the house we were renting.  We had just had baby number three, and I wasn’t willing to risk all my kids’ health while the rental company decided whether they would fund the cost of abatement, so we broke our lease and moved out immediately.  My in-laws graciously took us in, and we spent the next 6 months or so living with them while we planned our next move.  At that time, an internet acquaintance that we became friends with in real life decided to move back to the wife’s home town on the East coast.  They were living in a very affordable duplex, and we took over their lease when they moved out, saving them the penalty of breaking their own lease.

Our new town was actually the location of a new plant a former church to which we’d belonged was affiliated, so naturally we sought it out.  Unlike it’s parent church, this church had decided to remain unaffiliated with the greater conference, choosing a “seeker sensitive” style.  This not only wasn’t my “thing”, it provoked a lot of questioning in my mind about the purpose of worship and spiritual growth of believers.  Our only other local options were mainline protestant, which I had been brought up to be suspicious of.  So, we decided to home church.