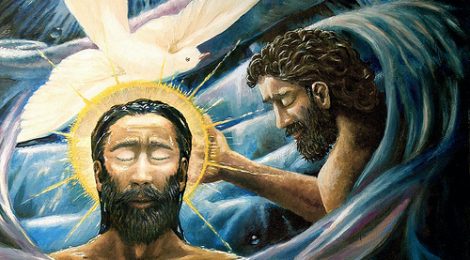 The Love of God

Steven Thomas / June 7, 2012 / Comments Off on The Love of God / Personal Experience

By: Waiting For The Word

A baptism of desire, the redeeming power of God, a twenty year old young man, so the story goes. It is my story of amazing grace.  No dreams to account for,  that would be ten years in the future.  But the power from on high was found in this place, an unexpected reception of a gift unknown.

My new found faith deepened with the discovery that the red letters were the words of Jesus.  I had cliff noted my way through high school, the learned I’m sure can tell by my odd grammar.  My education is that of informality, just a kid that couldn’t quit reading about a God that loved him. A true slacker, previously, I was better at pulling miracle C’s than school itself. I had read two books prior to my conversion, The Jim Thorpe story and Satan’s Underground.  In other words I never read anything. I did have affection for Jesus. His death meant something to me interiorly; though if you asked I could give no real explanation worth listening to. But I was quite open with people about Jesus, usually the drunker I got. If faith alone was true, I had it.

I was quite familiar with sin to the point of despair that would follow me, even after the encounter I’m about to tell you that changed my life forever. That is my journey of despair; I had my fill of sin.

I was newly married to an agnostic girl full of her own shame, we were the poor and the broken that needed the touch of the great physician, and boy did He come.

It’s 2 am.  I fill the bath tub and get in. I tell Him, “I am yours! I baptize myself in the name of the Father, Son, and Holy Spirit.”  A full dunk.  Talk about an invalid baptism on the books, but what can I say, He saw the desire and responded.

Nothing special happened to my knowledge. I got out of the tub, dressed, and went into the laundry room. That is where it happened; I remember it like it was yesterday, though that silly kid is long gone and this Father of twelve is all that remains.

Bear with me.  I’m only describing in human language that which is beyond this world. I felt out of nowhere or everywhere, an energy begin to cover my entire body.  It started at my feet, hands, and head, until it gathered around my entire body, liquid love all about.  I was standing as in shock and ecstasy with what was taking place.  The uncreated glory began to travel toward the center of my chest.  It was still all around me, but there was a sort of concentration of it over my chest.  The pressure of it was like staring at the sun.  Then it went into me in a moment, and turned in on itself like condensed pressure, only to burst inside the center of my body. I felt energy rushing out of my limbs and head; I was waving my hands about in the air as it was pouring out of me like streams of living water.

I awoke my wife, waving my hands in front of her face like a crazy person saying, “Can you feel it, can you feel it!”

Where sin abounded grace abounded all the more, this was the beginning of my life of faith, devoted to the King of Kings.