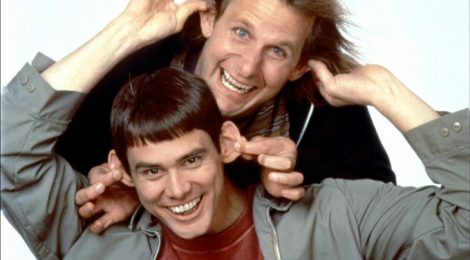 Look out!  Mary loves you.  Run for cover; she might destroy us with her merciful heart.  Perhaps she will take us down with her prayers.  Oh no, God has honored His lowly hand maiden.  Her tears may bring us down to the depths.

As the silly fundamentalist who can’t discern himself out of a house built on sand, that Bible makes him feel like He is King of the world. This is a strange creature, for sure.  He has avoided modernity, only to live in his little head alongside his liberal counterpart that he deems his enemy.  One thing is certain, even measurable, the higher the aptitude the greater the liberal.  Oh yes, it is true. Non-religious in tests have a higher IQ on average.  This is even laughable to Christians who live in their head.  You are a people of the simple.

How God opposes the proud and gives grace to the humble.  Docility and humility, childlike faith, purity of heart, these are the means of the Saints.  Once in awhile, we get a brilliant intellect amongst us like a Lewis or a Chesterton, but more times than not this is rare.

We got plenty of smarty’s amongst us, but they have gotten too smart to be little children. Loaves & fishes, walking on water, angels, raising the dead, miracles, come on!  How trite.  This sort of thing is for fire walkers. Yet they stay in the house of faith, if you like I could find an exit.  Go be smart somewhere else, thank you, for unless you become as little children you can’t even come in.

I watched a priest dialogue with a prominent Atheist, only to crouch in embarrassment at the mention of the bodily resurrection of Jesus Christ.  The priest affirmed to his embarrassment, as if it was a mark of shame rather than the greatest thing that has ever happened or will ever happen to mankind.

To live in a closed system is to be spiritually blind, even if your brain is overdeveloped while your heart is so little.  The heart is the measure for discerning truth; reason, intellect are a supportive role.

In the beatitudes we read nothing about the mind.  What we do read in the scriptures has much to say about wisdom but not IQ.  But where is the seat of wisdom, but to be found in the heart.

Fundamentalists remind me of the simple version of the liberal. Like dumb and dumber all trapped in the world of self-conceit, trusting too much in their natural abilities to fathom the visible and invisible world.

All men are but little children before God almighty.  The wise, they are those whose hearts have been formed by love and supported by intellect know this.  Blessed are the pure of heart for they shall see.  They shall see Mary ever virgin.  They see God coming in the flesh to feed them His body and blood.  They shall see the truth of the Church’s teaching because their hearts are true, and they can discern the truth like moth to the flame, not due to a superior wit, but due to a superior heart where the Lamb of God who takes away the sins of the world has found a home.