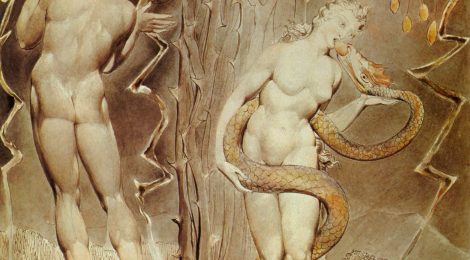 Through my journey of reflections on the Scriptures, my primary considerations have come into focus, or the vein in which I’ll be dealing. Persons relating to persons shall encompass all my reflections to one degree or another. It is the human person that the Person of God is after and from that perspective my reflections shall be considered.

A Protagonist and an Antagonist in the garden of God, but the garden was not created for either of these beings, but for human beings. The Protagonist creates this as a haven of joy for man and woman, where they can fellowship with Him in the cool of the day. They are created to reflect and enjoy His person, to know and be known by God Himself.

The Antagonist enters the story not as image or likeness of God or even the glory for which it was created, that being a cherub before the uncreated light of God.  But takes the form of a lower species created after its own kind, a lower being even than its own nature, that being a serpent.

So follow me, the Father of Lies inhabits a creature of a lesser glory and likeness for which it was created for and tells the woman she will be more than what she was created to be if she takes in a new knowledge.  Talk about a mind freak.

Man, created after the image and likeness of God, is incited to cast off the high dignity of their nature to receive more.  But the more is smoke and mirrors, it is a lie.  The woman assents to the creature that is already living in a lesser glory than intended by God. The enticement, “They shall be as Gods.”

Here is the irony, they already were gods-  and goddesses-little-g.  The eternal cannot reproduce Himself.  His power does have limitations.  He cannot lie, deceive, or reproduce Himself.  What He can do is make a creature in His image and likeness.  That is what He made when HE created these beings we call man and woman.

Knowledge does not necessitate image, but likeness.  The species of humanity gave way to the lie, and deceit of the serpent and lost the image and likeness for that which they were created, that being God.

They lost the dignity of beauty for which they were created as image and likeness, for a lie that they would be more like God.  They forfeited what they already had.

And this by an Antagonist who had already done the same thing, not unlike self-mutilation, or self-suicide, and yes it did kill them, as it has killed all their posterity.  Death and sin is the fruit of losing the image and likeness for which they were created.

But in every story there is a hero.  The God of Gods breaks into man’s story as hero-healer to recover what was lost as image and likeness–but that is for another day.