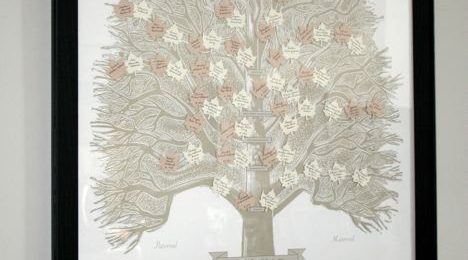 Image and likeness has been a theme in my meditations, and so it is in chapter five.  Here begins the genealogical tables of Adam’s posterity according to Seth.  Now as I began, I shared that my intent was loose reflections based upon what I consider modern man’s greatest need in light of the scriptures, and that being a true discovery of their humanity in the face of Jesus Christ.

But Seth retains the image and likeness of his father and the genealogy of the sons of God begin.

The mystery of life, even eternal life, is within our frail frame.  We are unlike all animals, that is ox begets ox, bird begets bird, human begets human, but there is a fundamental difference though similarities remain.  At the moment of conception between man and woman being comes to life. But that life is distinct in that it shall always be, it has an immortal soul that shall live forever. God has saw fit to use mere humanity to co-create creatures that shall exist for ever with Him.

We are immortal beings created after the image and likeness of God.  And yes, we are at present in seed form but be assured we are created for immortality.  Christ’s passion, death, and resurrection did not create immortality in the soul, this is already present, what He did was rescue us from an immortal existence separated from Himself.

But the scriptures say Jesus is the second Adam, the perfect image of the invisible God, the radiance of the Father’s glory as God from God, as light from light.  He is the Son of Man and Son of Mary.  The true Adam that by which we are being recreated as image and likeness.  “If any one is in Christ they are a new creation the old has passed and all things have become new.” We, friends, are not only the offspring of Adam according to image, but even greater we are the offspring of God in Christ Jesus according to likeness.

According to nature, our genealogy is according to Adam. According to super nature we have been made after the image and likeness of Jesus Christ, we the offspring of the second Adam.

According to image and likeness, Jesus Christ is eternally begotten of the Father as Son, life forever begetting from all eternity the Father’s image as Son. We mere humans share in this dynamism through the begetting of children.  Again, all reflects the beauty of God.  Our humanity is so integrated in the image and likeness of God, only if we have eyes to see.