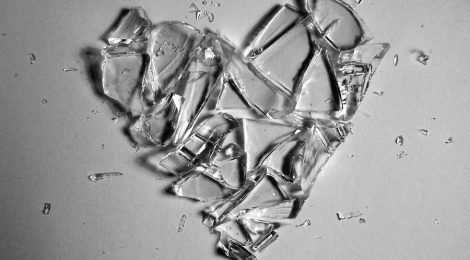 I’ve made no secret of the fact that I had a difficult time growing up.  It seems to re-emerge occasionally, and I hope that deeper healing occurs as I approach new ways that my relationship with my parents has effected me, psychologically, spiritually, emotionally.  Early on, my struggle was just to forgive.  It was years before I could even talk openly about what I experienced.  I felt somehow I’d deserved how I was treated, even though intellectually I knew that was nonsense.  But that shame that kept me silent during the midst of my trials, kept me silent long after.  It was hard to admit that my parents were the kind of parents that could do those things.  And I couldn’t help but feel that what happened through no fault of my own, reflected on me as a person.

Over those first years after emerging from that darkness, it seemed that pastors would preach on forgiveness almost every other week.  I knew I needed to forgive, but it never made sense as to how I was supposed to do it.  My parents refused to acknowledge the wrong they did me.  How do you tell people, “I forgive you,” when they don’t believe they need to say, “I’m sorry.”  What does forgiveness even look like under these circumstances?  After each of those sermons, I would just go home feeling guilty, as if the fault was mine that I couldn’t forgive, and I prayed that God would help me.

Of course, even being able to fret about forgiving my parents was a sign that I was well on that road, already. Forgiveness doesn’t mean not feeling hurt. Forgiveness doesn’t even mean forgetting the damage that was done. Forgiveness means letting go of your right to retribution. It doesn’t mean that temporal punishment should not still occur, but rather that spiritually, you will the good for that person. You desire that they be in a right relationship with God. And those things can all happen without the active involvement of the person who needs your forgiveness.

I have to confess that I am a “Teen Mom” addict. It’s the intersection of my own past as a unwed, pregnant teen and my longtime involvement in the birth field as a doula and apprentice midwife. I’ve been particularly awed by the life story of the teen couple from the first season who placed their daughter for adoption. The young mother, in particular, has lived a life impacted by her mother’s addictions and abandonment. I can identify with her in her attempts to repair and maintain a relationship with her mother. In the most recent episode, her mother apologizes for all her inadequacies and how she made her daughter suffer. She replies, “I don’t hold it against you.” Mom answers, “No, but you should.” But she recognized her mother’s brokenness, and how that resulted in mistreatment, and decided to let it go. Not everyone is so obviously broken as an addicted parent, but to one degree or another, we are injured by the Fall, we are injured by the actions of other people and we are injured by the consequences of our own sinful choices. It is for our own sakes that we pray, forgive us our trespasses, as we forgive those who trespass against us.