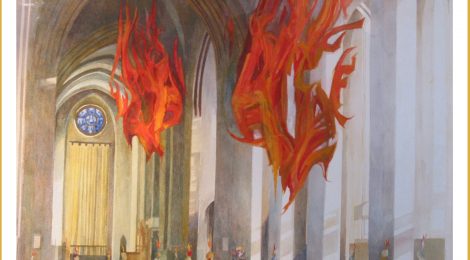 Kingdom of Heaven, Our Church

Steven Thomas / September 27, 2012 / Comments Off on Kingdom of Heaven, Our Church / Reflection

OK, friends recently I had an interchange with a friend that took the wind right out of my sails.  He had driven a wedge in our conversation not regarding the Church-big-C or the church-little-c, but rather the Church visible versus the Kingdom invisible.

He drew a line in the sand–where is your allegiance?  His view of the Kingdom in the Holy Spirit is true enough; I knew it before I ever saw Rome.  It is the division between the Church visible and the Kingdom invisible that is so troubling. Certainly I could call down fire all day on some of the ridiculous things done in the name of Christ, all the madness I observe through the structure, the bureaucracy, incompetency called God, the education of Catholic colleges that educates the kids into a warped Catholicism.

How easy it is to be committed to a world unseen, like being married to a woman without flaws.  A necessary superiority would naturally flow; the only person you would have to contend with in this world would be your own ego.

The Catholic Church I’m afraid is quite alarming when it comes to practice of the faith. From the rare legalist, to the mob of modernity and everyone else in between.  In a word, it is made of people–people that don’t appear to be aspiring after sainthood, people that are not searching to reach the depths of the knowledge of God in the face of Jesus Christ–and in spite of this they are God’s people.

So what is our allegiance to? I think our first allegiance would half to be to the Kingdom, but is not the nature of the Church itself an expression of the Kingdom of God in time and space?  After all, we don’t celebrate people that lived poorly as representatives of the Kingdom or the Church.  At least we don’t make them Saints to model our lives after.  But what we do often enough is muddy the waters of who we do honor.

If the Church really lived what it claims, I wonder if my friend would have been making any of these accusations to begin with.  So we have this image of perfection which is the Kingdom of God, yet we have the Church which often does not reflect such beauty. If we look past people’s failures to the Sacraments we see the Kingdom, but that is not what they see. We are the living epistles of Jesus Christ in which our claims rise and fall.

As much as I understand his thoughts, there is one great big problem with them–it is not true!  Even if I wished it so, socially I don’t even like being Catholic in many instances.  It’s difficult at times to submit to the Church, to be pushed aside, ignored.  I went from wielding my bible to submitting to a man, charged with my parish, that has gone off the edge in biblical criticism.

I was like a son of God outside His house, but on finding His house I found great family treasures in history and not a whole lot in the now.  My social experience as family in God’s household has been anything but satisfying.

But this has nothing to do with truth, but a social and spiritual anemia that has taken hold.  Christ loves His Church and will renew her strength, and fortify what has been taken away.  I am not in opposition to the Kingdom whatsoever, in fact my heart’s cry is that the Church would live in the fullness of the Kingdom of our Lord.  What I am in opposition to is evil wherever it may be found–in me, the Church, or anywhere else for that matter.  If the Church is not manifesting the Kingdom of God in the power of the Holy Spirit we are doing the world a disservice, and clouding the vision of heaven people otherwise might see.