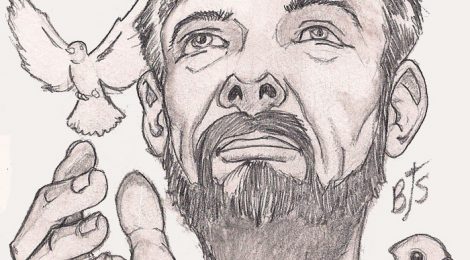 Saint of the Week–St. Francis of Assisi

From the Catholic Encyclopedia article on St. Francis:

“His dearest desire so long as he lived”, Celano tells us, “was ever to seek among wise and simple, perfect and imperfect, the means to walk in the way of truth.” To Francis love was the truest of all truths; hence his deep sense of personal responsibility towards his fellows. The love of Christ and Him Crucified permeated the whole life and character of Francis, and he placed the chief hope of redemption and redress for a suffering humanity in the literal imitation of his Divine Master. The saint imitated the example of Christ as literally as it was in him to do so; barefoot, and in absolute poverty, he proclaimed the reign of love. This heroic imitation of Christ’s poverty was perhaps the distinctive mark of Francis’s vocation, and he was undoubtedly, as Bossuet expresses it, the most ardent, enthusiastic, and desperate lover of poverty the world has yet seen. After money Francis most detested discord and divisions. Peace, therefore, became his watchword, and the pathetic reconciliation he effected in his last days between the Bishop and Potesta of Assisi is bit one instance out of many of his power to quell the storms of passion and restore tranquility to hearts torn asunder by civil strife. The duty of a servant of God, Francis declared, was to lift up the hearts of men and move them to spiritual gladness. Hence it was not “from monastic stalls or with the careful irresponsibility of the enclosed student” that the saint and his followers addressed the people; “they dwelt among them and grappled with the evils of the system under which the people groaned”. They worked in return for their fare, doing for the lowest the most menial labour, and speaking to the poorest words of hope such as the world had not heard for many a day. In this wise Francis bridged the chasm between an aristocratic clergy and the common people, and though he taught no new doctrine, he so far repopularized the old one given on the Mount that the Gospel took on a new life and called forth a new love.