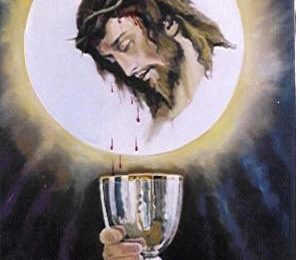 Steven Thomas / January 29, 2013 / Comments Off on Apologetic of Reality / Reflection

A man claimed to be God come in the flesh.

He claimed to set the captives free.

He claimed He was a King and that his Kingdom would never end.

He claimed that power would come from heaven and His love would spread when He was lifted up.

He claimed that the whole world would believe in Him for salvation.

He claimed that we would eat His flesh and drink His blood.

These claims are nothing short of absurd. Who does this guy think He is anyway, God’s gift to the world? Why in fact yes.

I shall make some outlandish claims about myself, if I may. I shall be a world ruler next week, have a harem of a thousand wives and break every world record. Perhaps I shall be richer than Bill Gates and write the greatest novel in world history to be celebrated by generations to come. My rambling words are nothing but absurdity, nonsense so outlandish that one may think I was nuts or just foolish.

There is one great difference between my claims and His. He has done everything He claimed He would do while my claims are far beyond reality. The absurd becomes reality, ultimate reality. This man set the captives free. Thousands even millions testify to His power to set them free. He said when He was lifted up He would draw all men unto Himself, even now people are drawn to this man like no other in history two thousand years removed from His walk upon this dusty earth. He claimed He was a King, and people bow before Him in the billions as both Lord and God. He is far beyond a religious leader telling us the wisdom of sages, but rather He is the savior. Untold numbers of human beings believe that His blood was shed for them to save them from death and hell. A billion souls eat His flesh and drink His blood as their very life.

This is ultimate reality proven not simply by His incredible declarations but by the incredible effect of His claims. We ,the mob of humanity, bear witness to His radical claims. Humanity’s response to this man is living proof of every thing He said and did. Behold the man, behold the God, Jesus Christ.