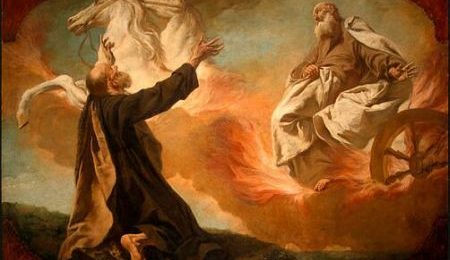 Cost of the Kingdom

Steven Thomas / March 4, 2013 / Comments Off on Cost of the Kingdom / Reflection

Steven’s face shining like the sun and the religious response, ”stone him!”. Religious people took his mortal life. Elijah the Tishbite demonstrated the glory of God and he runs for his life. Jesus does so many wonders that they hang him on a tree. John the Baptist tells it how it is and is beheaded for his faithfulness to God. Every one of these men were heralds of the kingdom. They walked in a kingdom authority not of this world and the effect was the same: the sentence of death. What is more alarming is that the persecution was at the hands of the religious.

Man, I’m afraid, is in opposition to heaven more than any of us would dare think. There is so much resistance to heaven that when they come in contact with it they gnash their teeth. If a man is on fire they are labeled a fanatic, a dreamer, or something worse. Rarely have these souls learned the art of flattery to be able to navigate in the world of religion. When evil is present they denounce it without regard to the ripple effect that will be created. They know the outcomes will not work out in their favor but what can they do but speak? If they learned the art of prudence gone wild they would cease to be themselves and make many friends. But a desperation for God pushes them forward.

Often their training is informal, as if God was shielding them from pop culture religion. Their formation was a journey into the face of God and they saw the Holy one of Jacob, perhaps they saw to much for it has ruined them for anything else. They don’t fit in the categories of men, they have no place to be put to use, they are a crashing cymbal when people just want easy listening. More times than not they are celebrated far after they leave this world if ever at all.

These are the ones many would be happy to live without, only if they would just go away. While others are happy to just play in the shallow end they are always calling others to the deep where Jesus is. They seem impossible to many because they have come to believe that all things are possible to those who believe. The faith can be lived, it must be lived, it is the only way. Compromise to them feels like betrayal, they expose the others unbelief and false consolations for what they are, a religion without personal cost or power from on high.

But the King demands all, for love could give nothing less, and this is His singular command, that we would simply love Him with a love that knows no boundaries, to grow into Him as He is as a boundless offering of the holy unto God our Father. They bear the name of Christ with all that means, that they would be recreated in His image and likeness and satisfied with nothing less. This is the call, this is the gift , this is the command. “Unless you deny yourselves and take up your cross and follow me you cannot be my disciple.”