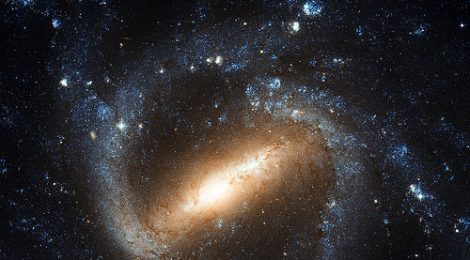 A Sensible Reading of Genesis

Bekah / August 21, 2013 / Comments Off on A Sensible Reading of Genesis / Apologetics

For this is why I sought the Church:  I wanted to know what needed to be defined, and what I was free to leave to personal interpretation.  And I found that the Catholic Church is a kindly mother.  Sure, some doctrine is restrictive and prescriptive; a cure for human ailment which isn’t always comfortable to implement.  But, I have also discovered freedom from self-imposed absolutes which in the end are divisive and destructive.

Young-earth Creationism is one of these self-imposed absolutes.  Through a literalistic reading of Genesis, these Creationists can quickly define who is a ‘true’ believer and who is not.  All the nots, no matter how otherwise orthodox their doctrines, are suspected of being ‘not actually saved’.  Movement leaders warn against any wandering from their version of Genesis, lest the truth of the Gospel be tainted by any other reading.

This avoids the fundamental question about how the Creation story in Genesis is meant to have been read.  The nature of the Bible clearly contains numerous literary styles.  Identifying the literary style has important implications in the interpretation of any passage of Scripture.  Should we interpret the poetic Psalms literally?  Shall we then demand that everyone recognize that God has wings? (Psalm 91:4)

What literary style should we attribute the Genesis Creation story, then?  Though much of Genesis is a historical narrative, I contend that the use of refrain indicates that Genesis 1 should be read as poetry.  That is, it is more comparable to Homer’s Iliad than your teenager’s history textbook.

This does not negate the truth of Genesis any more than the essence of the Psalms are true, though the language is embellished.  What is the essential purpose of Genesis?  To direct us to God who created us, and loved us particularly among all creation, so that he created us in His own image.  And having lost the divinized life with which we were created through our first parents, we have been promised a Redeemer who will birth us anew.

Not only are these proponents set apart from all other Christians, and historical tradition, but they have purposely created an antagonistic relationship with Science.  As we gain more and further Scientific understanding about our world, the ground under the Creationists feet is eroding.  Young people are not swayed by circular arguments against Scientific discoveries, and find their faith faltering as a result.

Instead, by putting Creation in its proper context, we can explain why instead of how.  We can remain comfortable with mystery, which doesn’t necessarily endorse, but may make allowances for, Scientific interpretations.  We can strive for unity with other Christians, without questioning their faithfulness over a disagreement in interpretation.  And we can avoid yet one more battle in the generation gap.