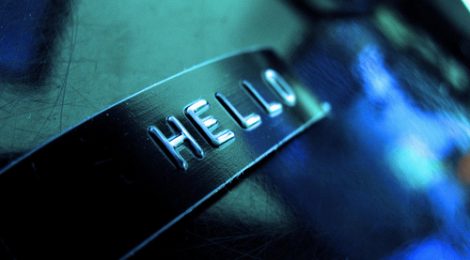 (Taps the mic) Anybody out there? I’ve seen our stats, and we still get a measly 60-some hits a week. Jesus reached the world with 72, so … let’s try to dust off the old blog and get some things off my chest.

Maybe instead of pontificating, I should have written vacillating. This is the post in which I explain why this blog hasn’t been updated in umpteen years. To speak for Steve, he’s decided he’s gotten out everything that needs to be gotten out and has taken up new projects. My story isn’t so cut and dry. I never quite intended to quit. I went back to school in January of 2013 for a 2-year degree in Web Development and also a 1-year certificate in Entrepreneurship, which I completed in 16 months, graduating in May, 2014. That meant 19-21 credit hour semesters and a family of eight children to raise, as well. Baby number nine arrived in August of 2014.

Given all of that, we still managed to find a little extra to help get a ministry off the ground, The Wisconsin Way. I’ve posted before that my oldest children became involved in a youth group at The Shrine of Our Lady of Good Help. The Shrine is served by a mission priest organization, and the young priest who developed the group was moved on two years ago. Before he left, he invited the youth to the nearby parish’s youth group, which was just introduced by the new priest there. That is how we met Father Kurz and learned of his vision to create a pilgrimage journey in Wisconsin uniting the Shrine in Champion, WI with the Basilica at Holy Hill near Milwaukee. My husband and I have been involved in the technical and marketing end of the process, and it is growing and evolving into a real blessing that has touched many people, presenting a unique opportunity to deepen personal faith and encounter a spectrum of Catholic religious experience not often witnessed in our country.

About the pontificating/vacillating part. In some way, blogging about spiritual life implies an air of authority. Maybe it’s just the bloggers I read, but there is an ability to relate every day experiences and spiritual truths that I can’t seem to grasp on nearly the consistent basis that some do. I think I get too caught up in the microscopic details than the bigger picture. And I struggle with my faith, given the nature of our every day reality, and I’m not sure how to express that. I think it is a good thing to share the struggle, because it is real. But it is the how that trips me up. Every so often there are things that I’d like to write out, to work out, and the how makes sense. I make no promises about consistency. But here we go anyway.

If you’re still out there reading, I’d sure like to hear from you in the comments. What kind of content interests you most as a reader, and fellow pilgrim on the Way of Life, in spiritual blogging?