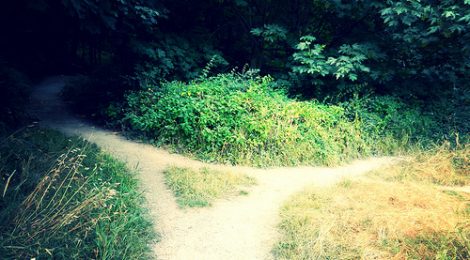 What it feels like to live a life of ‘Heroic Virtue’

Bekah / November 4, 2015 / Comments Off on What it feels like to live a life of ‘Heroic Virtue’ / Reflection

In this you rejoice, although now for a little while you may have to suffer through various trials, so that the genuineness of your faith, more precious than gold that is perishable even though tested by fire, may prove to be for praise, glory, and honor at the revelation of Jesus Christ. 1 Peter 1:6-7

It appeared to be a ‘safe’ day — day four after peak. But, again, it wasn’t. A glorious, tiny new bundle would be arriving, but at least I would graduate first. This new soul is most welcome. But the repercussions, long-lasting. And so began the most rigorous phase of ‘the test’ we have mutually experienced to date.

With my two year degree, talents and aptitude, my earning potential out of the gate is nearly twice what my husband has earned at his peak. But that would have to be postponed while I mothered this new baby the only way my heart can mother, my ability to market myself for freelance work constrained by sleepless nights. Writing code is nearly impossible when you’ve only gotten 4 hours of broken sleep a night for a fortnight, and three children at home that need supervising.

However, the financial pales in comparison to the true battle in which we have been engaged. There is no doubt in my mind that the battle for the modern soul is won or lost on the field of human sexuality. For those who are married, that means openness to life, among other things. This was the defining issue that led me to look at the Catholic Church as the One, Holy, Apostolic Church in the first place. It rankled that my evangelical churches overlooked the multitude of Scripture on the blessings of children and endorsed contraception.

So understanding and believing the Church’s stance on contraception has never been a struggle. And until recently, living the teachings has not been a struggle, either. Not a soul-wrenching, confrontational, rubber-meets-the-road kind of struggle. So how genuine is that faith? “Indeed someone may say, ‘You have faith and I have works.’ Demonstrate your faith to me without works, and I will demonstrate my faith to you from my works.” James 2:18

I will save you, readers, the gory details, but this past year has necessitated total abstinence, often for months at a time. At the same time, we have never experienced so many financial struggles and continuous large expenses, mostly of the car-repair variety.

I have learned that I have expected from God a sort of quid pro quo. “I will live this counter-cultural lifestyle as a sign, but don’t make me too big a sign. You will keep us just shy of catastrophe, right?” Folks, that’s not really faith. Instead, the Lord has required me to make a choice, one I have never expected to have to make. Not a choice of which action I will take, but a fundamental choice of why. I have been confronted with a heart choice.

In order for this choice to confront me, circumstances have been required to build. Had the Lord at any time provided adequate sleep, economic security, or a regular, chartable cycle, the weight of my heart-titude would never have compounded to the depths necessary. The quid pro quo would have been proven, at least subjectively. No, I had to count the sum total of the cost of my faith. Deciding whether, going forward, I would choose this path for Christ’s sake, or for my own reasons.

My struggle became so deep, as I mentally inventoried Scripture and accused the Lord of abandonment, even questioned what sort of God allows children to suffer the uncertainty of whether they will have clothing, even a roof in the near future. Aren’t we worth more than sparrows? Aren’t you our Father who knows how to give his children good gifts? Why can’t we at least have the comfort of marital relations? I was angry! Really and truly angry, and wanted to just forget this whole religion thing and live like the secular humanists. But I found, I really couldn’t. Faith must really, truly be a gift, because that did not come from me at all. I just wanted to be done with it.

And then one Mass it hit me like a ton of bricks. I can’t even remember if it was Scripture or part of the homily, or just my own contemplation, but the Father allowed the Son whom he loved to suffer. To death. Couldn’t I also stand to suffer? Just a little more? Couldn’t I allow my children to suffer? Isn’t it odd how something you have heard a million times, suddenly takes on a new sense when you are finally prepared to listen!

Once again, I have decided to follow Jesus. No turning back. I can’t say the test has ended. It might get worse. But I have found enough peace to make sound decisions, not panicked, fear-based decisions. I do not feel like a hero. I do not feel like a victor. I feel battle-worn, and ashamed of my doubts. But I hope, at the very least, I can put aside the childish quid pro quo expectations, and embrace this cross. Maybe I’ll soon learn to rejoice.