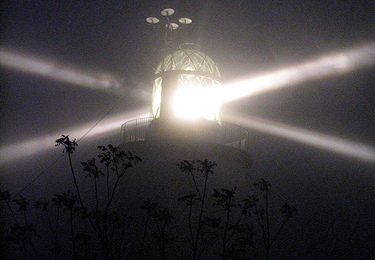 The tides of western civilization are adrift; a new world order is taking shape since the fall of Kings.  Where man as individual and collective now sits on the throne, and they shall be as Gods.  Lover-of-self has become the mode of operation, the forbidden fruit in the garden is being embraced as the norm.

Gods law is abandoned for the relative ‘I feel.’  The concupiscent man, adrift in his heart and thoughts with no port but his other brothers, adrift.

We can see where it is going but we do not know its effects in detail, perhaps a beast from the sea.  The baptized have not escaped, claiming they follow the King, but cast off His holy law.  Love of self has taken hold to the depths, claiming a form of Godliness but denying its power.

The prophet cries with his sandwich board only to be mocked as a fool.  Others close their eyes to the obvious; many have been slow cooked like the frog in the kettle.  It would seem only those who ate much of the forbidden fruit and escaped have the clearest sight.

The fruit has been concentrated and put in the waters of the western world, being drunk without thought or fear.  Who shall escape the great deception?  A delusion of control and freedom only to become slaves of the great Satan.  Do as thou wilt has become their directive.

The pure of heart see, but this level of private holiness is rare.  The Holy Catholic Church is the safe guard of this terrible intrusion of darkness, but even we have met the darkness adrift in our practice.  Surely the parchment of truth has been given without guile, but we have failed to honor the words spoken.

Claiming, in truth, infallibility, while casting off the pronouncements given by many, like a man declaring to be seven feet tall because he is, but walking with a slouched back that measures five foot four.  If we walk too tall we may be considered a threat, and that is because we are.

Truth spoken without love is tyranny, love without truth is sentiment, and the truth spoken in love is the Bride of Jesus Christ shining as a light house for the world so adrift.

We must follow in love the teachings of the Church, stay close to the pronouncements of the magisterium, and be little lights near the great lighthouse of Rome.  We must draw courage from the sacraments, saints, and one another.

On earth as it is in heaven, the zeal for His Father’s house consumed Him, and it should consume us.

In recent months I have observed a vitality of life in the youth, young priests filled with the zeal of the Kingdom.  They spread the aroma of Christ everywhere they go.  The truth is their joy and they have no interest in tearing down 2000 years of professed beauty.  Is this the beginnings of a renewal or a re-evangelization of the bride of Christ?  Only time and prayer will tell.

To walk tall is nothing else than to walk in the light as He is in the light and the blood of Jesus Christ shall cleanse us of all unrighteousness.

God will raise a standard in His household, the excesses of the sixties have run their course, and a new generation is on the horizon, waiting for the Kingdom and the Power and the Gory to be revealed as a light set upon a hill, extending the Kingdom to a world adrift in a new paganism.