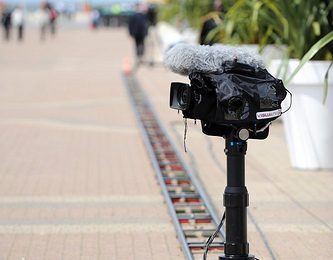 One month after my series of four encounters with calling, I received a tactical dream that I had no reference to understand except in the months that followed.

I was sitting with an old man of the gospel of our time, I asked him in the dream how he prepared to meet God knowing he hadn’t always done his best?  His response to me was as follows, “It’s not how much you do for God, but what He does with the little that you give him.”

Simple enough, but if you knew me those words are completely counter inituitive to me. I did believe the dream was from the Lord but what was unsettling was the man who spoke them to me. I am not a fan as such, nor is he Catholic, or a private hero of mine.  What he is, is a man of great faith, even to establish the first Christian television network.  An apostle of media, his name is Paul Crouch. Only in the months to come, would I get a crack in the door to why him.  And to this day, I have no idea of the implications.  I’m just walking through whatever doors are open, even if small.

A few months ago a young man puts out a video that goes viral.  It’s a sideways attack on the Church,  “Why I love Jesus but hate religion.”  I think He could have titled it, “Why I love Jesus but hate His people,” but anyways it really excited my Catholic zeal.  I had never seriously considered being in the modern media world at all, but I said, “I wish I had a camera. I’d love to respond to this kid.”  It happened that my daughter was doing a project for school and had one in her bag. I did a quick off-the-cuff response, and to my surprise it felt pretty good.

So I put up a fleece, “Lord if you want me to start making YouTube video’s give me a camera.” Nothing happens in the month that follows, until I’m by a friend’s house.  We hadn’t spoke for some time, I mention to her in passing about you tubing and she says really, her husband had been finishing up school for a multimedia degree and had mentioned days before that I’d be a great candidate to do a Catholic outreach in this mode of communication.

The plot thickens; we do a shoot with my family in a green room with the schools equipment, no resources to move forward, I put up a fleece with them in the room. Within forty eight hours I was given a gift of 2,500 dollars, and they received an unexpected inheritance in the week that followed.  More than enough to get the resources we needed to get started.

So here we are Bekah, Brian, Lily, and I taking our baby steps.  Not ready for a web site, or to start filming as of yet, but starting a blog together with Bekah’s editorial skills and gifts.  In fact this is the first time I’ve ever wrote anything except in school.  I’m a preacher chomping at the bit to do what I love.

If it is the Lord, who can stop it?  Baby steps, with that word responding in the back of my mind; it’s not how much you do for God but what He does with the little you give him.