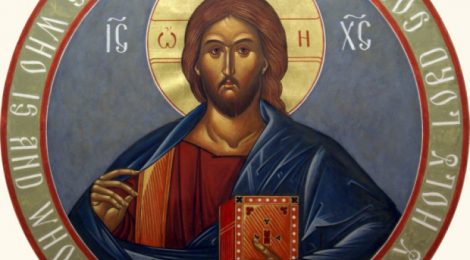 Sometimes I think we are bored with what matters–Blood and nail, outpouring of light, wake up alive in God, from glory to glory. That’s it. I have no more to say, but to say it over and over again until it is revealed in us.

That sentence about encompasses the entire Christian life, here and in eternity.  It is more about being as person than formula.  It is sociological as much as theological.  It is the substance of Christianity, a recreation of nature that becomes deified in and through God.

We can study and learn, memorize text, feast on all sorts of authors, be fascinated by all sorts of things. Hobbies come and go.  I like poker.  The game is stimulating.   I’ve learned a lot about it, but there is an end to it.  It becomes repetitive and I grow bored with it.  Poker, as stimulating as it is, can never satisfy my soul.

When I first converted at twenty I studied the scriptures for hours upon hours.  I could not put that book down, particularly Paul’s epistles.  I read them every day.  In that season of my life I remember feeling elated to no end, even ecstasy reading Philippines and Colossians specifically.  Letters of joy rejoicing in the revelation of Jesus Christ.  The doctrine had been processed, internalized, yet I continued to read.

Because I was touching something greater than an idea; I was touching God.  For twenty years I have almost exclusively read theological works.  I cannot help myself.  I’m like a kid addicted to candy, only my candy is the revelation of Jesus Christ. I don’t read to be educated, refined, or seen as some sort of academic.  In fact, I don’t even know if I could do some of the course work in higher education.

Love compels me, but it’s not even sacrificial love. I read because love drives me. The enjoyment of seeing Him through a glass darkly by others that have seen Him.

I listen to Pandora while I type.  I think Christian rock is OK, Classic rock even better.  But I prefer praise and worship music.  It’s on hours every day.  I’m a stay at home dad of eleven children and one coming sometime in the next couple weeks.  Every now and again some verse catches me, not as a new doctrine as such, but as presence.  That spurs adoration for the God I love within me.

Love and adoration drive me.  I was created to love and adore God, and it is my greatest delight.  I’ve grieved for years being on the shelf, not because it hurt my ego, but in some respects lessened the joy and glory of God in my life.  I realize the gifts of God are not given to a person strictly, but for the body of Christ and the world at large. Yet we experience the pleasure and joy of God when we are walking in our spiritual gifts.

To be the salvific hand of Jesus Christ is, shall I say, heavenly.  Blogging is new, and yes at times I have had great joy expressing my love for him.  Preaching, dialogue, or a word that just flows from heaven straight through my mouth–when heaven is moving through me in that context, I encounter more than agape love which is present to the amount that my heart can expand.  It is love mixed with energy.  In fact, I think I’m tasting at times in that state a little pre-resurrection glory.

This is what I’m trying to say.  Holy text, theological works, praise music, writing, preaching, they really amount to one thing–my new humanity pressing in through grace to that for which I was created, even the Glory of God.

I have this friend. He’s an Eastern Orthodox Christian. We’ve had more discussions about deification than I could count, covering the same material in our minds over and over again.  Just yesterday he was reading to me over the phone a quote by Lewis on the subject.  This has been going on the last few years.  How could we after years cover the same material?  It’s simple!  The material covered is the stuff of heaven, namely God. I could no more tire of the presence of God than I could tire of being in eternity with Him.

I explained the teaching to him before he was Orthodox, on his porch a few years back. That God had made us to share in His life, as one, as mystery, sharing in His uncreated light, and kissing His substance. While I’m talking the glory of the Lord is so thick I could grab it.  This is the Christian life afforded to all that want it, a pre-taste of our eternal destiny, sealed in the Creator of all things.

This is not made for the super saints, but little children that ask the Father who loves to give good gifts to His children. More than anything God loves to give the greatest thing He can afford to give anyone, Himself!

Blood and cross are the means, but the substance is Him!  Friends, it’s Him!  He is the prize of the cross. He is the outcome. He is the priceless price to be had and paid for. He did not pay the price to heaven, He paid the price to give us Himself. Himself, friends Himself!