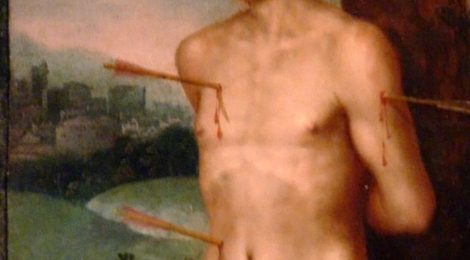 Reflections Genesis 8–The Sacrifice of Love

Steven Thomas / September 15, 2012 / Comments Off on Reflections Genesis 8–The Sacrifice of Love / Through the Bible

Sacrifice is the first object lesson we have of Noah coming off the bark. But what is He sacrificing to, but God alone.  And why, but for love alone. God’s response is one of pleasure and delight. So follow me if you will, Noah, a son that offers sacrifice, has found favor with God while the whole of humanity did not.  Abel, the first martyr, offers sacrifice out of his first fruits to God, while Cain was cursed.

What is it in sacrifice that delights the heart of God?  In a way Cain offers Abel as a sacrifice, but for whom?  And all of humanity is brought to nothing in the deluge–is this a sort of sacrifice? The Pagans offered sacrifice of human life to appease the gods at times.  Does Jehovah have a blood lust? God forbid!

All through the biblical text is one long sacrifice, page after page. At times God delights in altars built and sacrifices made. While at the same time God offers the sacrifice of sacrifices, namely Himself. The life is in the blood, does God delight in death?  Of course not.  God is eternal life!  God hates death.

So what good is in sacrifice in which God delights so much, that we find it all through the scriptures particularly if He hates death and destruction?

“No greater love is this than a man lay His life down for His friends.”  God does not delight in the death that comes from sacrifice, God delights in love, and love is gift. And what gift could one give greater than their life, the most precious gift they have to give.

“For God so loved the world that He gave His only begotten Son.” The apostle Paul says we are to offer ourselves up as living sacrifices to God for this is our reasonable response of worship. The Apostles gave their lives for the faith even unto death.  Tertullian said the blood of the martyrs is the seed of the church.

For sacrifice to be present love must be present, without love the sacrifice becomes void of all meaning.

Satan loves to sacrifice as murder: the unborn, genocide, euthanasia.  But God loves sacrifice. In the book of Revelation we hear the souls belonging to Him loved not their lives unto death.

What attracts us to Calvary? What attracts God to Noah’s offering of bull and bird? Where in the heart of God is it a sweet smelling aroma?  Where love is present, life is present.  But love is stronger than death.  Love created all things, love restores all things, and love is the beginning and end of the human story. What Satan has intended for evil, God has intended for the good.

God does not delight in the sacrifice of His Son, of animal, or of His children as destruction and death. What he does delight in, is the love within the sacrifice.  No greater love is this that a man or a God lay His life down for His friends.

Sacrifice as selfless gift is the most precious, tangible thing anyone could ever give, for the life is in the blood, and life is precious, but love even more.