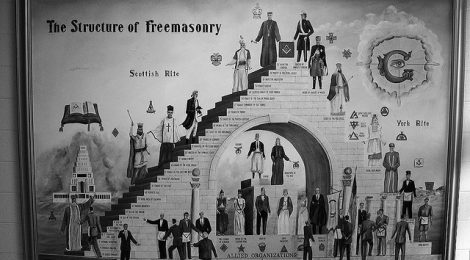 We are living on the brink of a new Babylon, Novus terra Ordum, a new world order.  This is off the beaten path, even for me a bit, but I would like to share a vision for future events given by General Albert Pike who is a father of Free Masonry.  If you think I’m a bit quacky simply do a search on papal encyclicals regarding free masonry and its tenants of practice and faith.  General Pike disclosed this demonic revelation to a friend in 1871.

“The First World War must be brought about in order to permit the Illuminati to overthrow the power of the Czars in Russia and of making that country a fortress of atheistic Communism. The divergences caused by the ‘agentur’ (agents) of the Illuminati between the British and Germanic Empires will be used to foment this war. At the end of the war, Communism will be built and used in order to destroy the other governments and in order to weaken the religions.

The Second World War must be fomented by taking advantage of the differences between the Fascists and the political Zionists. This war must be brought about so that Nazism is destroyed and that the political Zionism be strong enough to institute a sovereign state of Israel in Palestine. During the Second World War, International Communism must become strong enough in order to balance Christendom, which would be then restrained and held in check until the time when we would need it for the final social cataclysm.

The Third World War must be fomented by taking advantage of the differences caused by the ‘agentur’ of the ‘Illuminati’ between the political Zionists and the leaders of Islamic World. The war must be conducted in such a way that Islam (the Moslem Arabic World) and political Zionism mutually destroy each other. Meanwhile the other nations, once more divided on this issue will be constrained to fight to the point of complete physical, moral, spiritual and economical exhaustion.

We shall unleash the Nihilists and the Atheists, and we shall provoke a formidable social cataclysm which in all its horror will show clearly to the nations the effect of absolute Atheism, origin of savagery and of the most bloody turmoil. Then everywhere, the citizens, obliged to defend themselves against the world minority of revolutionaries, will exterminate those destroyers of civilization, and the multitude, disillusioned with Christianity, whose deistic spirits will from that moment be without compass or direction, anxious for an ideal, but without knowing where to render its adoration, will receive the true light through the universal manifestation of the pure doctrine of Lucifer, brought finally out in the public view. This manifestation will result from the general reactionary movement which will follow the destruction of Christianity and atheism, both conquered and exterminated at the same time.”

A frightful demonic vision of antichrist, a unified vision, a new world order brought about by death and destruction that leads to new paganism, a tower of Babel.

But hope is not lost, where confusion of tongues brought this ancient utopian vision to nothing, we have cloven tongues of fire fall from heaven within the upper room.  They went forth in the city square declaring the wonders of God in many tongues, of the Kingdom of God and His Christ as foretold and promised, our Utopia in which we eagerly await. The center has not been lost in man alone unto himself, but found in God. Not through death and destruction, but by love and sacrifice.  This Kingdom has been pressing forward and the valiant take it by force.

Thy Kingdom come, thy will be done on earth as it is in heaven.

← Jesus, Who is the Christ
St. Maximilian Kolbe →