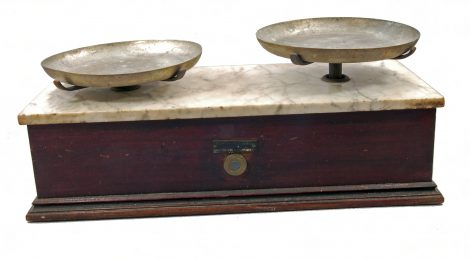 The Hierarchy of Evil

Bekah / November 1, 2012 / Comments Off on The Hierarchy of Evil / Apologetics

Last week, our Bishop wrote a statement instructing the faithful on the 5 non-negotiables and advising us that since the Democratic Party has built at least two of them directly into the party platform, voting for candidates of that party may put one’s soul in jeopardy.  This post is not about that letter, but about a reaction to that letter.

Last night, an acquaintance, knowing I am also Catholic, proudly announced to me that she had written the Bishop.  “About what?” I innocently asked.  And off she went about lying also being a mortal sin and war not being pro-life.  About how what a woman chooses is between her and her god.  I’m terrible at off the cuff apologetics.  I admonished her that the child has no choice at all, but she didn’t blink.  She was more concerned about lives lost at war.  Really, I was so astonished at the course of her reasoning that I didn’t know how to respond.  And I had very little opportunity in the given moment.  But I’m still shaking my head over it.

Let me be clear, I am not thrilled with either party.  I would prefer to vote independent, but while living in a swing state, knowing that the current president has failed in many things, not the least of which is abiding by the Constitution, I must do what I can to remove him from office.  Putting all party persuasion aside, there are very clear facts which a Catholic should understand.

First of all, abortion and war are not equally anti-life.  While death is unavoidable in war, the Church recognizes that there are occasions in which war between states is just.  Whether or not our current war meets the criteria, we simply cannot equate abortion, which is intrinsically evil and always results in the death of an innocent, with war, which may sometimes be justified and may be a defense of innocent life.

Looking at the facts objectively, we can compare the toll of lives lost to abortion with those in the war since it began in 2001.  The statistics are shocking.  Coalition casualties, including deaths and wounded, are estimated by CNN to be around 20,000 people.  Iraqi and Afghani civilian casualty numbers are harder to find, but credible best estimates as of last summer number around 135,000 deaths.  Those estimates are known to be much lower than reality, and they are a year old.  For the sake of argument, we’ll double that estimate.  That gives us a combined total of 290,000 dead and wounded due to our involvement in war since 2001.  But those numbers are just blown out of the water by the numbers lost to abortion in the United States in every year.  In a single year, according to the CDC nearly 1,000,000 abortions take the lives of the unborn, and sometimes their mothers, too (and those numbers exclude the states of CA, MD and NH which do not report their data to the CDC). By body count alone, we are comparing 300,000 lives with 11,000,000.

Setting aside the numbers, we should also weigh the sins.  My acquaintance’s primary objection was that lying is also a mortal sin.  The problem is, that even though sins committed may both involve grave matter, in no way does that make sins equally mortal.  There are certain conditions and circumstances which affect a person’s culpability.  Lying may deprive a person of the truth, but abortion deprives a person of their existence.

And lastly, should we desire to add blood-thirsty aggression to our personal list of non-negotiables, we can hardly place the blame entirely on one party versus the other.  Bush may have initiated the war, but Obama has perpetuated it.  Likewise, Obama is guilty of lying about the recent Benghazi attacks.   Back in 1998, Clinton made several ill-advised maneuvers against purported terrorists like that on a pharmaceutical plant, which in retrospect were completely civilian casualties.

Examining the logic, my acquaintance’s reaction against the Bishop’s letter fails on all points.  As Catholics, we are the Kingdom of God on earth.  When we approach our civil duty, we need to be sure that we are correctly evaluating our choices in light of true Church teachings, and be very careful that we are weighing evils according to their nature.  Maya Angelou said,“The first time someone shows you who they are, believe them.”  Unfortunately, the Democratic Party has revealed what they are and what they stand for in their platform.  Who are we to argue?

So what is really at the heart of my acquaintance’s objections?  The truth is, she has bought into the lies of the culture of death.  She has turned a blind eye to her most innocent neighbor.  She has reserved her independence over submission to the authority of Christ’s Church.  And she has confused tolerance, the anti-thesis of love, with love.