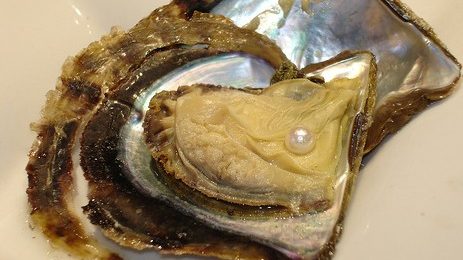 The Price of Beauty

It started with a dream an hour before my alarm went off.  I was in a house, my house, and there was an evil presence.  It took the form of a boy, about 11 years old, with jet black hair.  I needed to get him out of the house, so I grabbed him and pushed him out the door and locked it.  Then I ran around the house, shutting and locking all the windows and doors, but at each one the boy would appear, jeering and taunting me.  After I locked the last window, I stood back, relieved.  But the boy reappeared in the room next to me.  All this time, I could not utter a word.  I struggled to command him to leave.  When he appeared next to me, I forced the words from my lips, “Get out!”  So hard did I force them, that I shouted them at my husband who was just getting ready to leave for work, and woke myself up.

Later that night, the dream all but forgotten and the warning unheeded, the presence did come in the form of irritation exploding into rage at my husband.  I didn’t understand the nature of the warning I’d received until after the fact, but I don’t think it would have made any difference if I had.  It has taken several weeks of soul-searching and pleading with God to regain my sense of inner peace.  It has revealed how much farther I have yet to go.

Last week, as the four of us sat in prayer, I had a vision.  I knew it was not of me, as it was completely unrelated to my current train of thought in the moment.  I saw an open oyster shell, with the tender meat exposed.  It had created a pearl, and I knew that the process of creating that pearl was a painful and tedious one.  Grit and grime causes irritation in the most vulnerable part of the organism, stimulating growth.  But the end product is beauty and costly.

This is the process and price of spiritual growth.  We are forced to confront our weaknesses, in order to practice exercising the opposite virtue.  By nature, it can’t be comfortable, but if we do not resist the process, we will be formed into a priceless thing of beauty.  This is how our God turns the enemies assault into his own demise, allowing it to turn us into battle-ready soldiers, capable of action as the Church Militant.  Immaculata, Queen and Mother of the Church, I renew my consecration to you this day and for always, so that you may use me for the coming of the Kingdom of Jesus in the whole world.