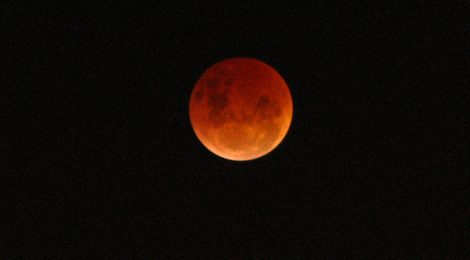 A number of years ago I was preaching the Gospel on the streets and a high school student came up to me and said, ‘You can’t do this.  It is against the law!” Her statement was not troubling to me, but rather why she held this conviction at all. She had been conditioned by the public school system that speech about God was some how illegal in public.  She held this view simply because the notion of God had become taboo within public education. Forbidding speech about God is nothing short of a atheistic approach to life, and that is what we have created.

We have a functional, practical atheism in public life.  Afar as the state is concerned, God is dead. We have removed Him from the children, removed His name written with stone.  Whave cast off His moral law and embraced a mob morality for the body politic. We kill our children, and applaud sodomy as a beautiful love worthy of marriage. We appoint leaders to herald these debase worldviews. And many amongst us call themselves Christian, even with Holy Orders, and applaud such leaders, and honor them as men above and beyond the common respect shown to people in such positions of influence.

‘Separation of Church and State’ was the mantra, that could have been just as well called separation of God and State. Ask and you shall receive and we have seen the effects going from faded glory to faded glory. They have been quite effective in their pursuits in creating a world moving forward, but forward to what? Now, the next inevitable move is beginning to take shape under our watching eye. Separation of God from Church is the next move; the state is now imposing standards of ethics and morality on Church run institutions.  So much for Separation of Church and State. A civilization without God, did not the eastern Europeans try this debacle?  How did it work out for them?  But we are not talking about the east but the west, the western world.  Western civilization has defined itself by the Christ-child for hundreds of years, and we have prospered for generations under the banner of the King of Kings.

Far from an utopia, but this King from the east brought us a center, a vision of the good and true, the Savior of the world. He showed us how to be human, how to live. He, being the highest ideal of our humanity, showing us the true nature of leadership, is born in love, sacrifice, and truth. In others words, He is a man’s man. To cast him off, His teachings, His presence amongst us, is to embrace eclipse. Think of it like a little child–the Ruler of all came to us, showed us how to be human. His ideals became the standard of a civilization by which we measured our institutions. He defined our culture.  His law governed our minds; His ideals held captive our pursuits. He animated our souls with a unspeakable love. The greatest thing that has ever happened to our humanity is this Man. And what have we been doing, slowly at first for the last century but at an ever increasing rate since the sixties?

We have cast off the Man, and lost the source of our hope.  The natural effects of this, get rid of the man, you rid yourselves of his ideals, his laws, His justice. And the inevitable happens, civilization eclipse.