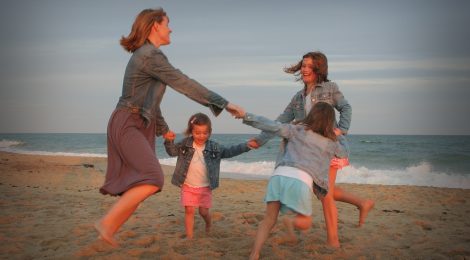 {Blowing the dust off the blog…}

The long-time mantra of the pro-choice movement is to make every child a wanted child.  It’s hard to argue with.  Doesn’t every person deserve to be wanted?  Of course, this end has been sought through means which penalize the life which is unwanted.  A double injustice–unwanted and dead.  Unwanted and prevented.  Unwanted and abused.

We are no longer concerned about the welfare of the child who is unwanted.  We have replaced that with concerns about the person who already has a voice in society.  No longer is it unfair for the sake of the child who is born into a situation into which he was unwanted, but it is now unfair for the parents to have to adjust their life plans to incorporate the existence of that child.

What results is the coarsening of our culture and the hardening of our hearts.  The net result is not only fewer children (which would be a desirable goal under this worldview, having eliminated those which are unwanted), but the very desire for children decreases.

Going back to our original premise, that every child should be a wanted child, on the surface we can agree.  Where we diverge, however, is whether the application of this philosophy should be directed externally or internally.  We desire to reach the same objective through self-examination and holding ourselves to a standard that embraces children, recognizes the ultimate and intrinsic good that is human life, and expresses that open heart in generosity towards all expressions of human life.

This is where we have failed.  We, as Catholics, have largely bought into society’s expectations for family planning.  The perversity is, we should be the stand-outs, the hold-outs, notorious for our stance that the problem is not the child, but ourselves.  There is a general awareness of this as the Catholic “platform”, but we have become a divided body.  The Vatican, the documents, the Magesterium project one thing, while the lay faithful live their lives as directed by improperly formed consciences.

Walk into any Mass in any average parish, and look around.  Where are the children?  (If they are at your parish, let me know.  We are open to relocating!)  Put yourself in the shoes of the average parishioner, as I walk in with my eight kids.  What are your thoughts?  When my toddlers object loudly to the standards I am trying to instill in them, what attitude are you projecting?  Does the community respond with love and generosity, or irritation and criticism?  It’s not easy to stand against society.  But where are we going if we don’t?