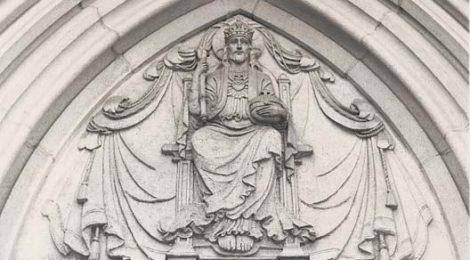 The greatest evidence for the Christian faith is the founder. In fact, if it were not true it would be beyond belief. Mystics of the ancient world foretold of a chosen one. It was said: that he would be born of a virgin Mother, that He would be Jewish, that he would be a suffering King despised and rejected by men, that He would be from the house of King David, and that His Kingdom would never end. It was also said: that He would draw people from all over the world to His household, that He would change history like no other and the knowledge of God would spread through out the earth. These prophecies are what I would call the big ideas about this man.

Hundreds of other prophecies speak about the particulars, where He would be born what town, how He would enter Jerusalem, what His sufferings would be, the lists goes on and on.

We have the advantage of being thousands of years removed from these ancient oracles that pre date by hundreds of years the birth of this man. He died with only a few hundred followers but He would not die. He foretold that he would rise again; that He is the King of all Kings. He fulfills all the prophecies spoken of Him which is beyond belief if it were not true, but this is just the beginning of the story. He set up a Kingdom that is still growing, not in the hundreds but in the billions, just as He foretold. No man could ever accomplish such a task if He wasn‘t who he said He was. Prophecy meets reality in this man, but prophecy is just the beginning. The prophetic claims that a ruler would come and heal the earth, that all peoples from all races would be drawn to Him, and that His presence would be felt and every culture would bow before Him. It has happened and is happening still.

Jesus Christ is the only man that could fulfill these ancient oracles as historical fact and historical effect. Behold the man.

← Life is Good
The Apologetic of Anti Reality →