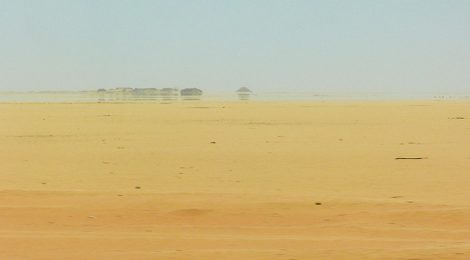 The Apologetic of Anti Reality

Steven Thomas / January 28, 2013 / Comments Off on The Apologetic of Anti Reality / Reflection

Things are simply what they are. I am a subject given the faculty of reason and person-hood.  I may have a difficult time with self knowledge, let alone reality outside of my person-hood  yet as person I have been given the gift of self reflection and reflection of things around me. We as individuals may misperceive what we believe as truth because we see reality through our little eyes. Yet reality doesn’t change, but our perception of it can.

This is where a collective human approach may help to get a handle on things as they are. For example, throughout all recorded history marriage has been in society between a man and a woman with children as the natural outcome of this union. All cultures, from the barbarous to the most refined, regardless of social practices have instinctively followed this social norm. A social test that has been proven over millennia. Homosexuality in varied cultures has been looked upon at best as something to be tolerated at worst a sentence of death, never celebrated on a cultural scale as a great good. Yet modernity has chosen to redefine what all cultures have known by mere instinct, that this behavior is intrinsically disordered to man and woman has human persons. It is not reality, but a warped version of reality imposed upon things as they are.

I cannot drink sea water simply because it is water anymore than I can drink dirt. We must approach the real as our aim, not our fictions driven by false perceptions or disordered desires. The farther we get away from what is real, the less we share in harmony with all things. This applies to every element of life. Culture can contribute or take away from reality, imposing a group think collective that can create genocide at massive levels or offer a prosperous world view. When a whole culture is swayed into a mirage it becomes quite dangerous, much more so than a single person with their own paradigm.

Humans have a great attraction or aversion to reality depending on their disposition. I have rarely met one as indifferent to reality; generally they stand for reality pursuing it with all that is within them or they resist it at all costs. When reality touches a false disposition within them often a radical aversion arises within the soul usually where they are uncertain or weak. We all have this contradiction within ourselves.

We live in a scientific age, and the principles of observation and human behavior can be applied to the social sciences. Humanity has been theistic from recorded history, atheism is no more the story of our race than sodomy is common to man, yet I would venture to guess that more atheists see no problem whatever with homosexuality than theists. What am I trying to do is quite simple, draw a correlation between reality as it is and people or cultures living in a fictional world of their own making. The farther human persons loose touch with things as they are the greater their world view is warped by a mirage of existence, a world of their own choosing.

Drug addicts and alcoholics often live lives out of touch with basic moral norms that create social cohesive structures, or risky social behavior that hurt them and those near them. A drug user seeks to escape things as they are through chemical manipulation of their bodily senses, interesting enough this generally takes a great toll on the body. The hangover to recover from the mirage they spent the night before.

A late Atheist author has recently died, he was anti Christian and who would of thought He was an alcoholic, mirage begets mirage. A powerful intellect that had no room for sobriety. A man proselytizing his form of reality that lived in a bottle of altered conciseness is hardly the man I want to take my world view from. For he could not even live in his own body as nature intended let alone give a view of things as they are.

Thus far I have only defined reality in negative terms, that is by what it is not. General outcomes over time give us a view of what we’re dealing with, persons that live in a fiction will go to great lengths to pay no heed to the obvious. My next post shall deal with reality in the positive sense.