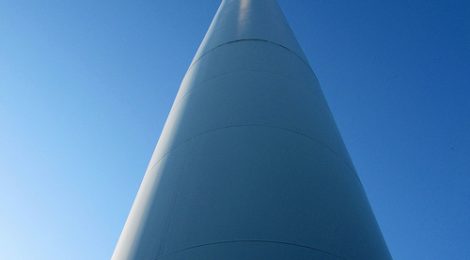 Building on the topic that we are always being converted, I wish to share a vision I had just over a year ago that I have only begun to understand in the last few months. You see, as Augustine says, “Faith seeks understanding”.  Often when I have a dream from the Lord, it makes complete sense as unto a short story, yet the subject matter is baffling. It’s like a mystery of God to get our attention, to expand our view of sight, to stretch us into the mystery of God and what He has for us.  More times than not, others have seen or beheld what you’re receiving before you, often by centuries. In other words, measure the vision or dreams that you think may be from God by the experiences of the seers and saints that have gone before us and are celebrated family members of the household of God.

So this is what I saw–My second born son began to pray over me, which is not uncommon in our household except for this one time. Immediately I saw in my mind a sort of mammoth wonder of the world.  It was a wind turbine that reached beyond the clouds. Its base must have been that of many football fields in breadth, the wings were horizontal rather than vertical, and the cap had a huge dome that appeared to be a type of glass, like a geo dome. I at first saw it from a distance of a mile or so. As soon as I beheld it, I was rushed toward its dome at an incredible speed.  I was a foot away hovering thousands of feet in the air looking inside, there were people inside running tests on it, and preparing to run it, in a moment I was within it and told that I would be one of the operators. The next image I saw was grass meadows in all directions for miles. Finally, I saw the night stars in the back drop of this wonder. My vision ends.  It all happened so fast that I didn’t even know what was happening to me until I came out of what I was seeing.

Well, we know what a wind turbine does, it converts wind energy into mechanical energy sometimes called wind power.  I was truly baffled; I knew it was something that harnessed the winds of heaven, a conductor of the Holy Spirit. I thought perhaps the wonder was the Church and God was preparing for a fresh outpouring on the world, like the Charismatic Renewal.  But why not simply the wind of the Spirit?  The whole point of the vision was the great wondrous size and ability of this conductor of energy.

I mentioned in my prior post that I received Mary more as dogma than a real human person that can be known and loved.  Singing with my family months later the walls began to fall and my eyes were opened, sometimes I just start psalming with my guitar with all the kids and my wife, but this day was a little different. I started to psalm the Hail Mary and the glory of the Lord filled the room, dense love all around us and yes I was aware of the visitation while it was happening, and then I said what has been to many Catholics the obvious, Mary is the wonder. She is Mediatrix of grace, she harnesses the uncreated light of the Father, Son, and Holy Spirit. A conductor of heaven’s love.

I’m still baffled, this thing wasn’t even running.  That is, it is not showing its capacity to harness the winds of heaven.  If this vision was from the Lord then I am nothing short of excited to behold when the tests are over and it’s in operation at full strength.  Come Holy Spirit!