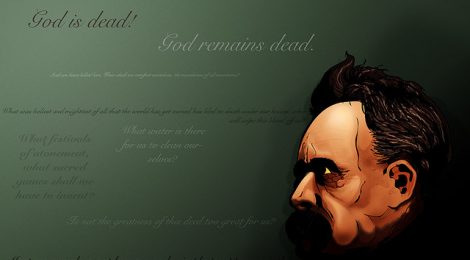 Thoughts we have seek understanding, to the reflective mind.  So the Atheist makes his universal statement–God is dead.

Their writings build on this supposition to prove their stance, in much the same modes as the modern believer gives evidence for the existence of God. I think the real battle is not in the arguments for or against, but begins within the human person seeking to prove their presupposition. The intellect is neutral, unless of course you are a Vulcan with pointy ears.

Even if the Atheist could give pure, scientific reason that God is an unnecessary idea, that the material world can be rightly explained through purely natural causes, he is still left with one fatal problem.

So we have three sorts of man in their subjective humanity:

Let us remember, man builds his world view by his subjective experience, for it is impossible to do any other for he is a subject.

To the Atheist, God is dead.  The Agnostic doesn’t know.  The Creationist believes.  Such varied subjective opinions in these subjects we call human beings!  How is such a divorce within men possible regarding such a primal question?

Presence and absence are the grounds upon which the subjective human builds his arguments and suppositions.

For me to see my child’s face with my natural eyes, I must be present to my child, gazing into her face.  For me to have a relationship with her we must speak to one another through the senses and our human persons, in an interchange of subjects that we humans call relationship.  Without this interchange I remain alone to her, in isolation, incapable of knowing her as presence.

With the Atheist, God is dead.  But what he is really experiencing as a subject are not intellectual reasons why God is dead; that is only the effect, or a rationalization of his experience.  But as subject he sees not God, not because God is dead, but rather the relationship is dead.  He knows God as absence, isolation, as negation.  Therefore in a very real way God is dead to him, like disowning a child. I have heard and also said as a subject the phrase, “You are dead to me.”  This is a repudiation of a social interchange and has nothing to do with existence and nonexistence.

What the Atheist is really saying to God is, “I am dead to you.”  God is not dead; you are dead to God.