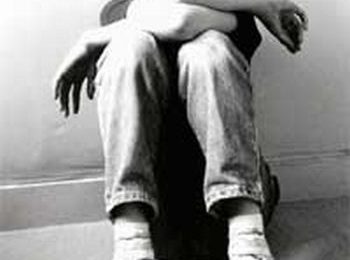 A Tale of Oppression and Redemption

Bekah / September 8, 2012 / Comments Off on A Tale of Oppression and Redemption / Personal Experience

Once upon a time, there was a boy.  He was a young boy, barely into the double digits.  But he did a horrible thing and it broke his mother’s heart.  On the outside, the family looked normal.  The kids were healthy, cared for, well-mannered, and seemed happy.  But inside the home dwelt a private shame.  Fear and suspicion reigned, and brought sadness and anger along for the ride.  Those oh-so-vital three little words, ‘I love you,’ became less frequent, and familial kisses, hugs and cuddles were more rare.

The mother felt it, but recognition only brought further sadness.  She thought the rupture unrepairable, a shadow cast forever over the future by the deviance of the past.  The boy grew and matured, and despite the interior life of the family, developed into a mature, honorable and well-respected young man.  His teachers, coaches, and other adults were universally impressed with his demeanor and maturity.  He was continually recognized as a leader amongst his peers.  Yet at home, a quiet anger simmered, like a volcano with minor eruptions just frequent enough to prevent the whole peak from blowing off. It spewed over onto the other younger children causing anxiety and angry outbursts among them, too.

The young man resented his family, and while he thought it was because of its unusual size and the responsibilities it demanded of him, in truth it was his private, interior shame that he ever could have committed that sin.  Finally, in desperation, the mother wrote the boy a letter, asking him to embrace his family in love, treat his siblings with respect, and be worthy of the honor he so desperately wanted and deserved as the eldest son of a large family.  The letter began to soften his heart, and some of the pressure eased off the volcano.  But it was too easy to fall back into a pattern that had developed over several years.

The mother soon had an encounter with evil, which enlightened her to the vulnerability of the human soul to affliction from the evil one in a way she hadn’t understood before.  She began to see what the boy had done in a different light.  This fine young man that her son had become did not bear any resemblance to the deviant who would have been naturally inclined to behave in the way that he had done.  She was tired of bearing the burden of suspicion over the choices and activities of everyone in the home and longed for freedom.

One day, another outburst of rage provoked a conversation which had been long in coming.  With new maturity, the boy was able to exhibit true remorse and reflect on the motivations of his behavior.  The family identified the true nature of the act as beyond a fall to temptation, but the provocation of a potent demon on a vulnerable child.  A stronghold over the family began to crumble, and those who had been most tormented began to find peace.  Angry outbursts became less frequent and rage no longer occurred.

But a few short weeks later, chaos landed on the family’s doorstep.  The family who used to babysit for the boy and his siblings arrived, homeless and desperate.  Unbeknownst to the mother, the very demon which had afflicted the boy had returned in a desperate attempt to regain lost ground.  The mother, however, was a little wiser now.  She desired to help the poor soul and her children, who have been long under the oppression of these evil forces.  Not knowing how deep the evil was entwined in this visitor, she let her stay for a few days while she evaluated the situation.

She sought Godly counsel from others who had seen these things before, and they gathered in prayer to help this one-time believer rebuke that which had oppressed her.  In the night, the mother gained a new understanding about the situation with her son, and fully recognized that the demon they had recognized as the perpetrator in the son’s behavior was the very same who was harassing the visitor.  Like the passing of a virus, he had picked it up from their home.

The second day, the mother took the afflicted woman to holy ground, a shrine of the verified apparition of our Blessed Mother herself, hopeful that she would find true repentance and a brokenness of heart.  As soon as the mother arrived, she was doused in the Holy Spirit.  They went to Mass, and the mother sat in the very Glory of God through the entire hour.  She marveled at the weight of Glory which was dumped upon her.  Later, the mother went for a walk and had a forthright discussion with the visitor, exposing the cause of the family’s shame as the very same which the visitor carried around with her.  The mother declared that new arrangements needed to be made if the woman was unable to reject the demons she had allowed to afflict her.  The safety of the mother’s children was in jeopardy.

That very night, as the small community gathered once again to appraise the situation, the mother experienced a direct attack from the oppressors.  It was immediately evident that the visitor was not repentant, nor even remorseful before God.  While in discussion of the visitor’s condition, the mother felt a wave of dizziness, light-headedness and confusion descend upon her.  She got up and walked into the next room to distance herself from it, and grabbed an intercessor to pray for her.  Immediately, the attack ceased.  The mother was convinced all the more that it was time for the visitor to leave.

The third day brought unanticipated redemption.  The visitor and her children packed their belongings and the mother dropped them at their next temporary residence.  The mother and her four daughters (the boys being in school) returned to the shrine for Mass, seeking refuge in the house of the Lord and a blessing of protection over the children too young to receive the Blessed Sacrament.  There was an uncommon agitation and chaotic quality to the behavior of the younger girls, which immediately responded to the mother whispering in her daughters’ ear, ‘I rebuke you and command you in the name of Jesus to leave this child alone!’ and also in the mother’s mind.  But that was not the strangest thing that happened.  While kneeling during the consecration, the oldest daughter, sitting three feet away from the mother, felt a tiny object hit her and fall to the floor.  When she looked down, she saw a loop to a necklace laying on the floor.  She picked it up and showed it to her mother.  A few moments later, the mother glanced to the side opposite of where her daughter sat and found a miraculous medal, broken at the loop by which it would attach to a chain.  Some minutes later, she realized it was her very own medal which she had been wearing, not just broken but completely pulled off of the necklace, jump ring and all.  This confirmed in her mind her intention to speak to the priest for a special blessing.

After Mass, the mother sketched the picture with the barest details, but noted her concern about the demonic influence over her children.  Without hesitating, the good and holy priest blessed the family and advised them to watch for evidence of continued affliction in the home.  Following Mass, the mother began to notice an interesting change in her heart.  While she had always loved her children sacrificially, she had fallen into a reserved detachment from them, a sort of self-preservation from further broken-heartedness of the sort that her son’s sin had caused.

After Mass, she began to feel overwhelming love for her children.  Out of the blue, she told her oldest daughter she loved her…twice, before they even got back to town.  When she picked her sons up from school, she hugged them each as soon as they entered the vehicle.  Her husband home early from work, the pulse of love beat even more strongly in her heart.

Not until the following day, did opportunity arise to fully discuss with the son all that had happened over the week.  As she laid out all the pieces of the puzzle for him, visible relief washed over him.  He recognized the truth of the situation.  Not only was the demonic activity confirmed, but the guilt and shame he had been holding inside could finally be released.  Long ago confessed though his sin was, the enormity of it had been torturing him all this time, providing ample opportunity for the enemy to continue to plague him.

Finally, he could rest that he did not harbor some deep innate deviancy.  Finally, the mother could assert how good and honorable the son truly is, without suspicion that he was portraying a false front.  What the enemy had intended for evil, the reclaiming of territory recently lost, God had used for good, the light of truth purging once and for all the festering secrets of a family’s past.  Finally they found freedom to love, to laugh, and to be happy.