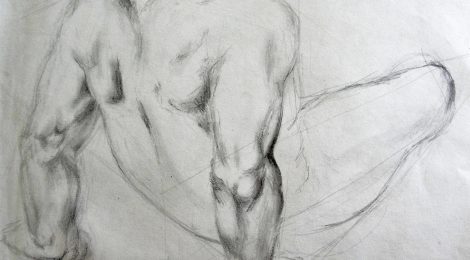 Here at Concrete Life, we expend a great deal of energy and space on the division between Protestants and Catholics.  It begs the question, what’s the big deal, anyway?  Is this just convert zeal, or is there a deeper truth?

Between our two families there is a commonality in that almost all of our extended family and friends are Protestants or fallen away Catholics.  When we converted, we experienced a shift in paradigm which brought the Kingdom of Jesus into full focus.  It has also magnified the injury caused by that division within the Body of Christ.  It is not enough that we ourselves know the truth, but we believe the Lord wills that the Body be healed and are striving to do our part to expose these injuries and champion the cure.

Before my conversion, I embraced the notion of an invisible unity in the Body of Christ.  As a Protestant, it is unavoidable.  To believe in visible unity, too many questions arise.  In fact, on my conversion journey, this was the question that brought about the most angst.

There is, in fact, truth to the invisible unity of the Body.  We are not all literally joined physically to one another upon our conversion to Christ.  But the problem arises when we claim that invisible unity is all that is required of us as Christians.  No one can even present a common definition that would be inclusive of all ‘true’ Christians, but would reject those which have fallen too far from the core principles of the faith.

If a nebulous, invisible unity was all that is required, the only honest thing to do would be to respect each individual’s own choice to call themselves Christian and embrace them as brothers and sisters, even if we reject 99% of their beliefs about Christianity.  Of course, this is not what happens, either.  Some choose the Apostles’ Creed as defining, others reject it as “too Catholic,” and instead support a definition which requires the endorsement of Sola Scriptura, and on, and on it goes.

Division is a fruit of the fall, but we all claim to be redeemed.  So why are we still allowing the Fall to taint us?  Redemption is not just some idea that will happen in the future.  Redemption is for this life, now!

Before the passion, Christ gathered the Apostles together for a significant event in the course of history. Knowing that His death was upon Him, what He imparted to them at the Last Supper was of utmost significance.  Amongst all these teachings, He prayed for unity.  And the unity was not simply spiritual or invisible, but that unity had a purpose!  That unity was not just for the Apostles, but for all who believe.  “And not for them only do I pray, but for them also who through their word shall believe in me;  That they all may be one, as thou, Father, in me, and I in thee; that they also may be one in us; that the world may believe that thou hast sent me.” (John 17:20-21)

We are a sign to the world that Jesus Christ is God!  The funny thing is, the world sees this better than we do ourselves.  We want to shrug our shoulders and say, “Believe in the Lord Jesus Christ.  That’s good enough!”  But that is not our calling.  We are called to believe, and then go and make disciples.

The world knows the Body.  If the movie studios want to depict the Christian faith, either positively or negatively, what do they show?  The Catholic Church.  If the newspapers want to chart the course of the Christian religion, where do they turn?  The Catholic Church.  Why does the priestly scandal scandalize so many, when Protestant youth pastors or public school teachers or bus drivers, have been just as often guilty?  Because it’s the Body of Christ!

Division doesn’t just impact the individual believer and his or her relationship with Christ and other Christians.  Division disrupts the sign Christ left for the world to see.  It fractures us and distracts us, making us turn on ourselves.  Division plays right into the hands of the enemy, as he seeks to obscure the sign.  To our shame, look how successful he is!  Count the denominations, if you can.

The world most certainly has its eyes on us, but why in the world should they be convinced and converted if we ourselves cannot be converted to the Body Christ established?  We can no longer be content to remain divided.  The world is descending into neo-Paganism and radical secularism.  Lands that have been Christianized for centuries are becoming self-centered wastelands.  Catholics have misinterpreted the Church’s acceptance of Protestants as brothers and sisters, and stopped inviting them home.  We need to obey the Lord.  We need to set aside pre-conceived notions and misguided apprehensions, and be perfectly united in one faith, as the Father and the Son are united!