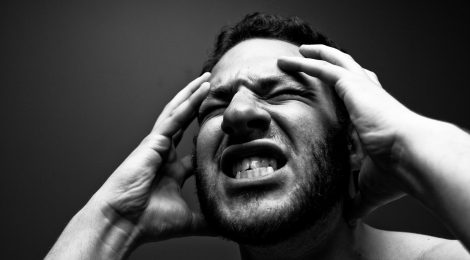 Protestant, Who are you Resisting?

Why does the Protestant family always have such strong opinions of Catholic practices, and without missing a beat they never fail to let me know about it? I mean really if we are an archaic religious dinosaur, who cares anyway?

I just got off the phone with a protestant friend that went on and on about Priestly celibacy, and the injustice of it.  I found myself being drawn into a defense.  Perhaps next time I’ll get off the tracks and ask them why they give a care at all what we do as practice.

I think a lot of it, unknown to them, is like a child trying to slip out of responsibility for what they know to be true deep down beyond the intellect, like an immediate resistance to all things Catholic–why, why, why.  Not as real inquiry but as opposition, like they are in a war with something.  But the war is not with me, it is with them.

I have another friend that is constantly posting any ecumenical thing the Catholic Church does and says, “You see, you see?  Aha, I caught him.  Look everybody!”  He’s some sort of Baptist type and never has shown any interest in his own church.  But He demonstrates a great bit of zeal for mine, even if it is in accusation.

My dad could barely silence himself about the scandal.  I mean I couldn’t get Him to stop; He was licking His chops to spill the beans. I say, “What about the Eucharist dad,” and the gears shift all too quickly.

One time I was in a home group and they started doing the Catholic bash, one, two.  I started defending the faith, and seriously they got real nervous, like they know their house is built with a deck of cards.

I corner them with the big idea and all they can do is focus on the particulars, like looking at Michaelangelo’s David and focusing in on his big toe.  And this is the mild, good-natured resistance.

I’ve been in the presence of bug-eyed wild men calling down fire from heaven on Rome, only no tears are in their eyes, but rage.

I think it’s the steady claim we assert, “We are the Church.  You folks need to come on in and set things right.”  What if any other denomination asserted such claims on them?  They would be like, whatever, who are you again? But we say it and they begin to shift and wiggle and argue all over the place.

Only if they could discern their behavior, not so different from the angry atheist that claims the God their so mad at doesn’t exist.  Here’s the thing if Rome is a silly idea that has lasted two millennia, the protestant would be no more moved by it than if I said you need to go to the pantheon and sacrifice to the gods.  They’d all look at me and say, “What?”  Not in anger but bewilderment.  I must say, they never appear bewildered when I tell them they are not in the Church.  They get argumentative, frustrated, and beyond resistant.

← Reflection Genesis 10–The Benefits of Legacy
Hooray! Archbishop Chaput and the New Evangelism →