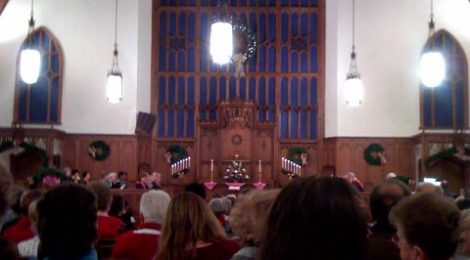 As I look around me, I see people of varying levels and degrees of faith.  I know very few, if any, atheists.  But I see people who might as well be atheists, for all the impact their faith has on their every day life.  It makes me wonder what people believe faith is for, anyhow?

Growing up Evangelical, a great emphasis was put on witnessing.  That is, after all, what the meaning of ‘evangelical’ is.  We’d use the Roman Road, or I distinctly remember a book that was simply colored pages with no words.  Each color represented an aspect of the human existence and need for God.  All of these tools had one end, a decision for Christ resulting in eternal salvation.  It is a self-focused faith, despite the push toward evangelizing others, with the primary purpose of assurance of one’s own salvation.  There was little acknowledgement of the presence of the Kingdom in the here and now, and the role of Christians to be salt in the world, ushering in that Kingdom!  We were insular, abstaining from the world as much as possible.  Growing in faith and knowledge of our Savior, having and displaying the fruit of the Spirit, these things were good, but since the end had already been obtained, salvation, they became secondary, recognized as evidence of a true commitment to Jesus, but not ultimately necessary in the Christian life.

Other folks seem content with a feel-good faith.  They go to Church, make an effort to give, follow the precepts of their religion, and are happy to be a good person.  They have some affection for Jesus, but do not exert extraordinary effort to know Him, think rarely of heaven and hell, focusing more on living life in this world with as little guilt and shame as possible.

Others approach faith as an argument.  They’ve sought and found whatever the correct answer might be, as if religion and salvation is an arithmetic problem.  They know all the answers, but the knowledge comes as a relief, like knowing what must be done to remain right with God, and then abusing freedom to live as they want.

Then there are those whose faith only appears during a crisis.  This faith claims the rights of children of the King without any responsibilities that may entail, and without seeking a foundational relationship with the King and his Court.

There are many advantages which having any amount of faith may bring–comfort of salvation, freedom from guilt and shame, pleasure in knowing the answers to some of life’s biggest questions,  sharing the load of one’s burdens.  But all of these miss the point!

The object of faith is not salvation, not bettering one’s life in this world, not even comfort amidst suffering and pain.  The point of faith is an opportunity to know the Creator and His family!  To live in a fullness of love which surpasses the ebb and flow of life’s struggles.  To find happiness in sitting quietly with Him who condescended to redeem his creation, Jesus Christ!  To seek to praise him in the morning, in the night, and all hours in between. This kind of knowing gives meaning to the present life, and longing for the next, when we will get to be physically present with our Love and those we have come to know as His family and ours. It also drives us to bring others into that level of knowledge along with us.

If your faith has not yet driven you to be ever present with the Lord, and those whose surpassing love has caused us to recognize them as Saints, there is more to obtain.  Open your heart!  Lower the walls which let Him in only so far and no more. God is a gentleman. The Holy Spirit ventures only as far as we are willing to allow Him. It is up to you to seek the Kingdom and allow Him free reign. True joy and peace await you.  There is nothing to fear, as ultimate happiness and fulfillment lie in knowing Him intimately and seeking to serve Him passionately first, and live in this world second.  We have so little to lose, and everything to gain.