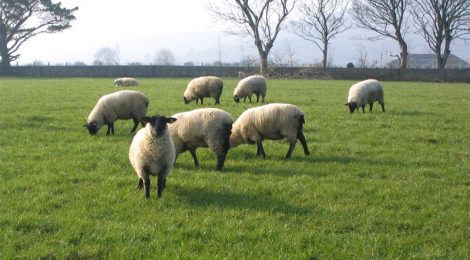 The dearth of catechesis in the previous few decades has caused no little amount of consternation in the present day.  And rightly so.  An uncatechized conscience cannot be a well-formed conscience, or at least, not a firmly formed one.  Our own ‘Catholic’ politicians are a public revelation of this truth, though they are not the sole victims, merely the visible tip of the iceberg.  The conclusion among Catholics who recognize this problem is usually that the solution is more and better catechesis.

Absolutely, we need to catechize, catechize, catechize.  However, that is not the first need.  The dearth of catechesis has stretched on long enough without correction that we have lost too much.  Without knowing the whys, wherefores, and how-comes, the faith has devolved amongst many into a social club.  Adherents project their beliefs, formed by current sociology in the absence of true catechesis, and then toss away Catholic ideology which is too difficult because it doesn’t match up.  Their consciences assuaged, they continue calling themselves Catholic while practicing a religion which may look Catholic in form but deny its substance.  Without substance, we have forgotten Who it is that the Church is all about.

The first need, then, is to Evangelize.  No one cares about the what or the why if we have never fully met the Who.  Let’s be quite clear:  there is a huge distinction between Evangelization and Catechesis!  Through the first we meet our Lord intimately.  We are introduced to His Glory and Might, and especially His Love!  The transcending Love through which He is not content to simply have made us, and sits back to watch us, but has placed His own Self into time and history so that we, human beings, regain the ability to return His Love.  It is this, and nothing else, which gives meaning to human love, sacrifice, suffering, pain, and joy!  To truly capture this concept, become intimate with the Savior, knowing what that means for your life, is to be evangelized.  This is what we are created for! To have this Knowing, which is above all other knowing–a heart pursuit, not just an intellectual assent–should fulfill your heart, soul and desires beyond anything else in life.  If it does not, return to the evangelist, keep going to the Source, until you get it.  Until your thirst is satisfied, and you yourself become the Evangelist.  If the Gospel hasn’t changed you, you haven’t got it yet.  Not that you aren’t on the path, but there is more!  Much more!

After that, that is when we turn to Catechesis.  Because, there are many ways to go wrong.  After 2,000 years, the Church has learned a thing or two about how one can go wrong.  Jesus, infinitely wise, understood how difficult it is to fully and correctly grasp the spiritual, when we are so anchored by the material.  Divided beings, it is difficult for us to see with both the eyes of our bodies and the eyes of our souls.  So He insured that we would have a base, a rock.  A firm, hard landing place where we can anchor ourselves and increase our knowledge of Him along fruitful paths, avoiding pitfalls that have drug others down before us.  My father always prodded me not to learn the hard way, as I was wont to do, but to learn from the mistakes of others.  That is what the Church does for us.  The Holy Spirit makes His home among the members of the Church, especially the heirarchy, for the security of the faithful throughout history.  Catechesis reveals the extent of the walls of the sheepfold, within which we can frolic at our leisure, without which we have taken our souls into our own hands.

By evangelization we know the Shepherd, by catechesis we remain amongst the flock inside the fold.  Both operate hand in hand, but we cannot precede evangelization with catechesis, or emphasize catechesis over evangelization, or there will be no flock at all. The “New Evangelization” calls for evangelism. The Gospel must come first!  And we need to recognize that it is our own people who are in no less need of evangelization than anyone else.